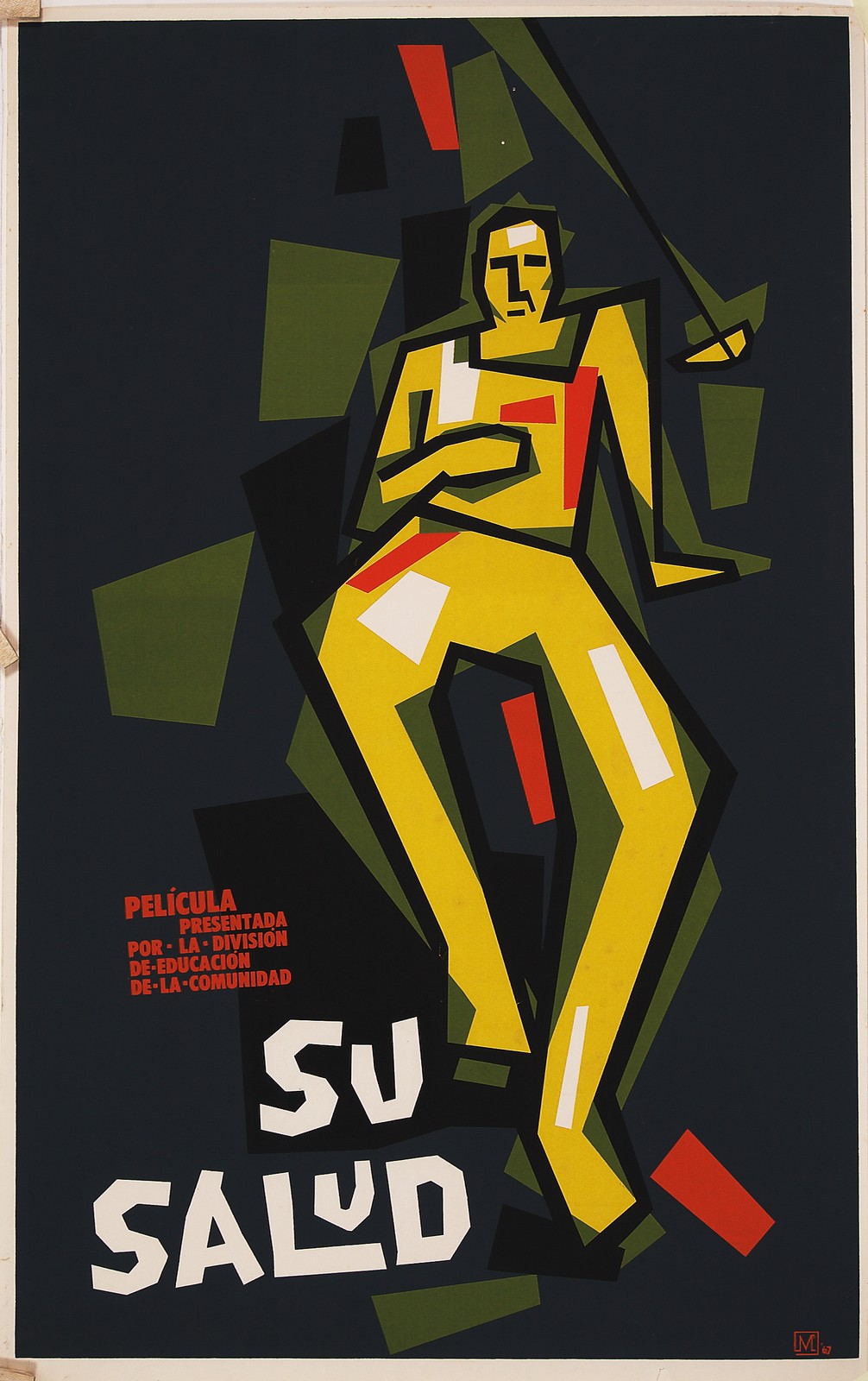 Painter and printmaker. Meléndez Contreras studied painting under Luisina Ordóñez and, at the University of Puerto Rico, Cristóbal Ruiz and Walter Dehner. As recipient of a scholarship in 1947 from the government of Puerto Rico, Meléndez Contreras entered the Cincinnati Academy of Art, where he studied under Louis Bouché and Josef Albers. On his return to the island in 1952 he joined the Graphic Arts Workshop at DIVEDCO as a book and poster designer, and he worked there until 1977. He was part of the renowned group of artists of the “Fifties Generation” who took print- and poster-making technique to extraordinary heights. He and Rafael Tufiño created one of the first portfolios of prints based on Puerto Rican literature. His solo work shows a particular emphasis on form, which the artist reduces to line and color. His use of geometry to synthesize shapes reflects the influence of such modernist currents of the time as Cubism.