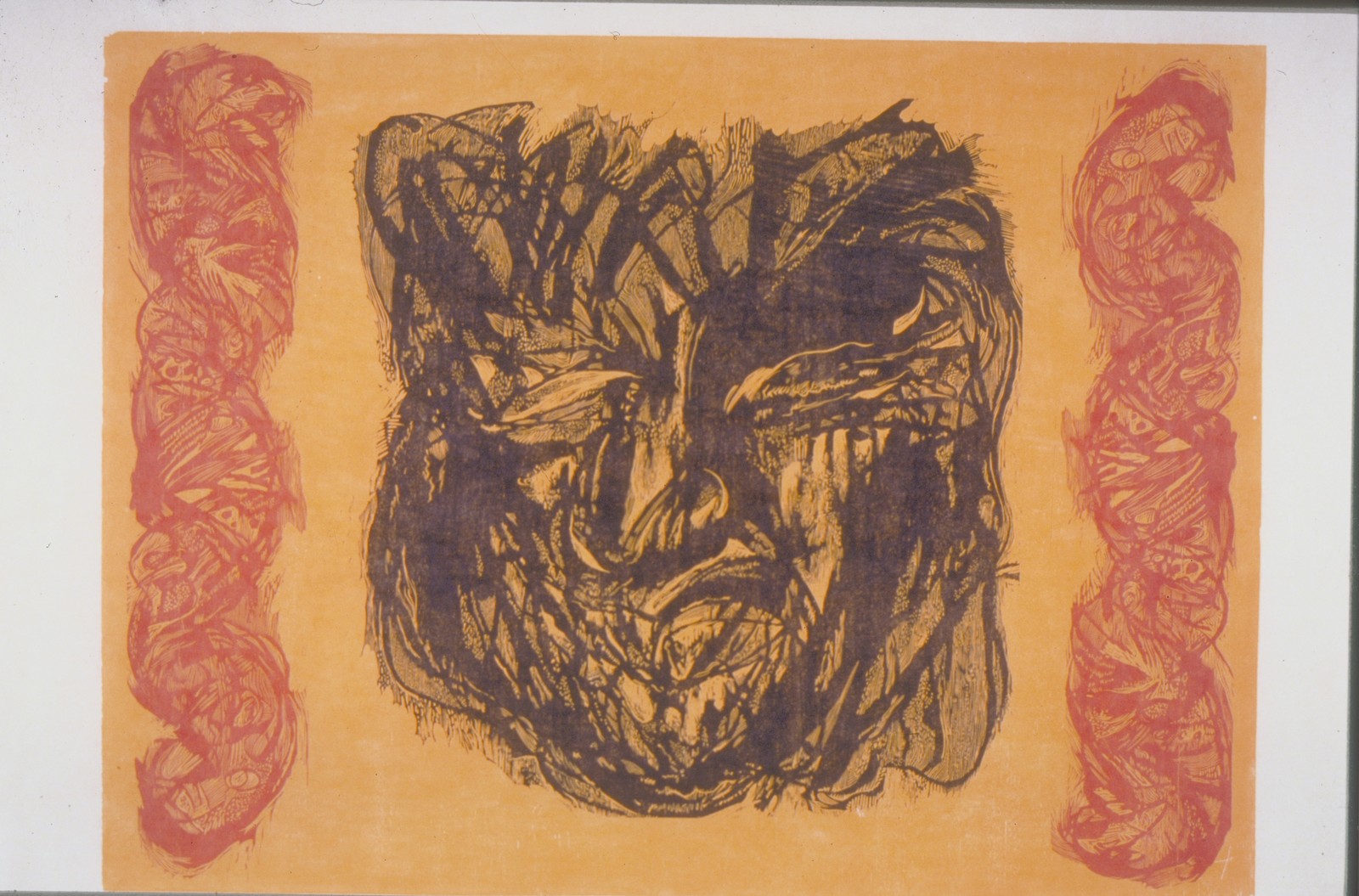 Printmaker and painter. García Rivera attended the University of Puerto Rico, graduating with a BFA in 1983, and completed his MFA at the Pratt Institute in Brooklyn in 1988. Since 1993 he has taught drawing as well as printmaking in wood and metal at the UPR. His principal medium has been the woodcut, which has won awards in Puerto Rico and around the world, including Sweden, Russia, and Slovenia. When printmaking began to lose ground among collectors and institutions in the eighties, García Rivera not only refused to abandon the medium but in fact expanded his prints into larger and larger formats. He says that the human figure has always been at the center of his work, and that he uses it as a metaphor for various issues that concern him, such as racial, political, and religious identity and the psychological states that govern human life. His woodcuts, despite the structure that the medium itself demands, have a dynamic character, and they display an almost Expressionist line.