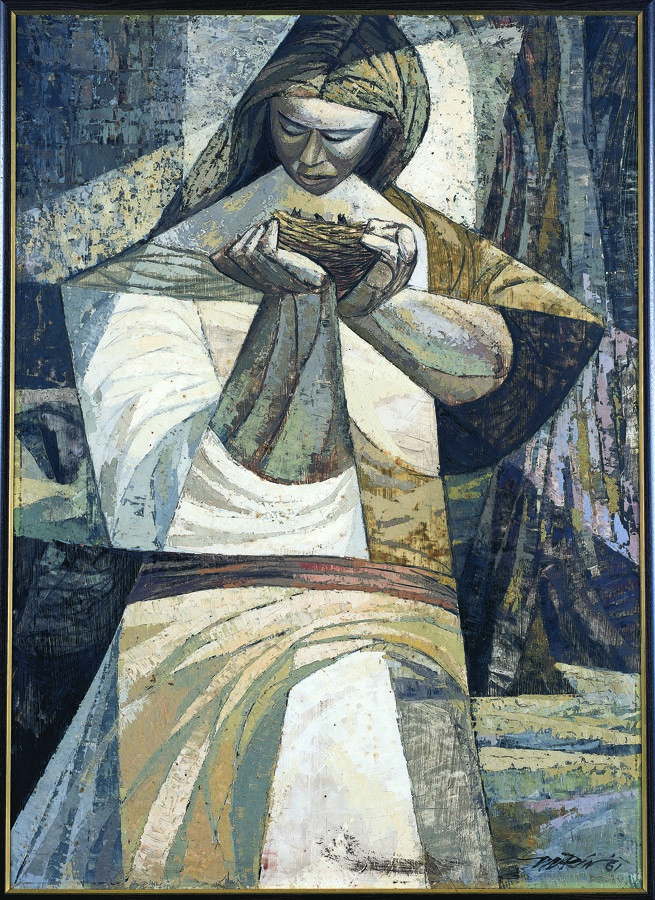 Painter, draftsman, print maker, muralist, sculptor, stained-glass artist, and teacher. At the age of twelve, Marín began studying drawing under Spaniard Alejandro Sánchez Felipe at Sánchez Felipe’s studio in San Juan. In 1949, Marín moved to New York and studied at the Art Students League. At the Otis Art Institute in California he studied mural design, and at Arnaldo Maas’s studio in San Juan and Henri Mesterom’s studio in Holland he studied stained-glass techniques. He has worked as advertising art director and has taught at the Escuela de Artes Plásticas de Puerto Rico and at the University of Puerto Rico. He has created a dozen murals for public and private buildings in the San Juan area, and his works are part of important collections in Puerto Rico and abroad. In 2005 he earned the National Culture Award from the Institute of Puerto Rican Culture. The human figure, often in groups, is a central motif in his work, and Marín’s relationship to this figure has evolved over the course of his career; the horse is also a recurring motif. One of his favored subjects is island politics. Marín’s style has gone through several phases, from Abstraction to Figuration, and through points between, and is distinguished by its sculptural qualities.