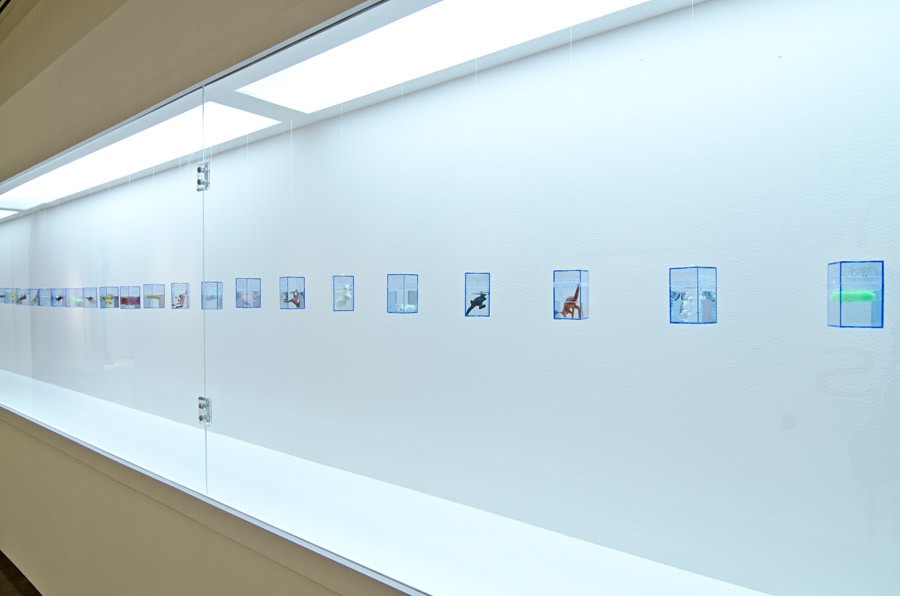 Painter, printmaker and designer, photographer, installation artist. Initially, Salabarrías studied at the University of Puerto Rico at Mayagüez, where he began a major in engineering, but he left that institution to study art at the Puerto Rico School of Plastic Arts in San Juan. There he studied printmaking under Manuel García Fonteboa and earned a BFA in printmaking in 1990. He pursued further studies at the Pratt Institute in Brooklyn, where he obtained an MFA in 1996. He has worked as a printer in graphic-arts studios since 1990, and he has taken part in numerous exhibitions and events locally and internationally. Though he began working in traditional media, his recent installations tend more toward Kitsch, and they reflect the influence of the “ready made.” He uses humor and irony to depict contemporary consumerism, on the one hand, and the playful element of life, on the other, using store-bought images or objects, often toys made of plastic or rubber.