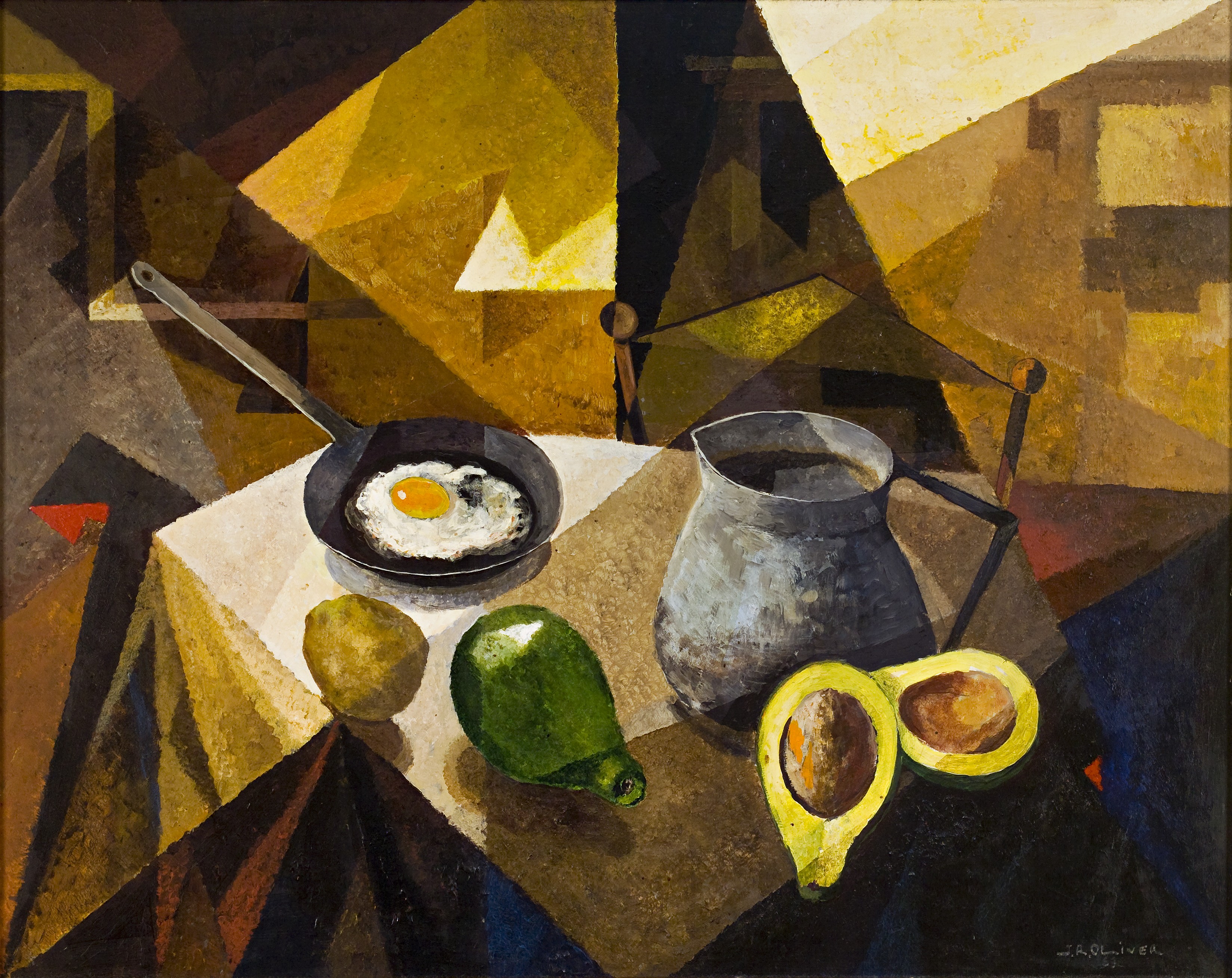 Painter and chemist. Oliver began to study painting under María Cadilla in Arecibo. At the age of ten his family moved to Spain, where, in time, he completed a doctorate in chemistry at the University of Barcelona and attended the Escuela de Artes y Oficios in that same city. In 1936 he returned to Puerto Rico and, with Oscar Colón Delgado, set up a painting studio in Arecibo. He worked as a chemist for some time before devoting himself totally to painting in the 1950’s. In 1955 he moved to San Juan and served as director of the Puerto Rico School of Plastic Arts until 1975. Oliver worked extensively in murals depicting scenes from history, and also in landscape, both rural and urban. His painting is characterized by a vocabulary of lines and geometric planes and by the play of light and color. The fragmentation of the images, in which color is used to create dramatic effects of light and shadow, reflects his interest in proportion and balance.