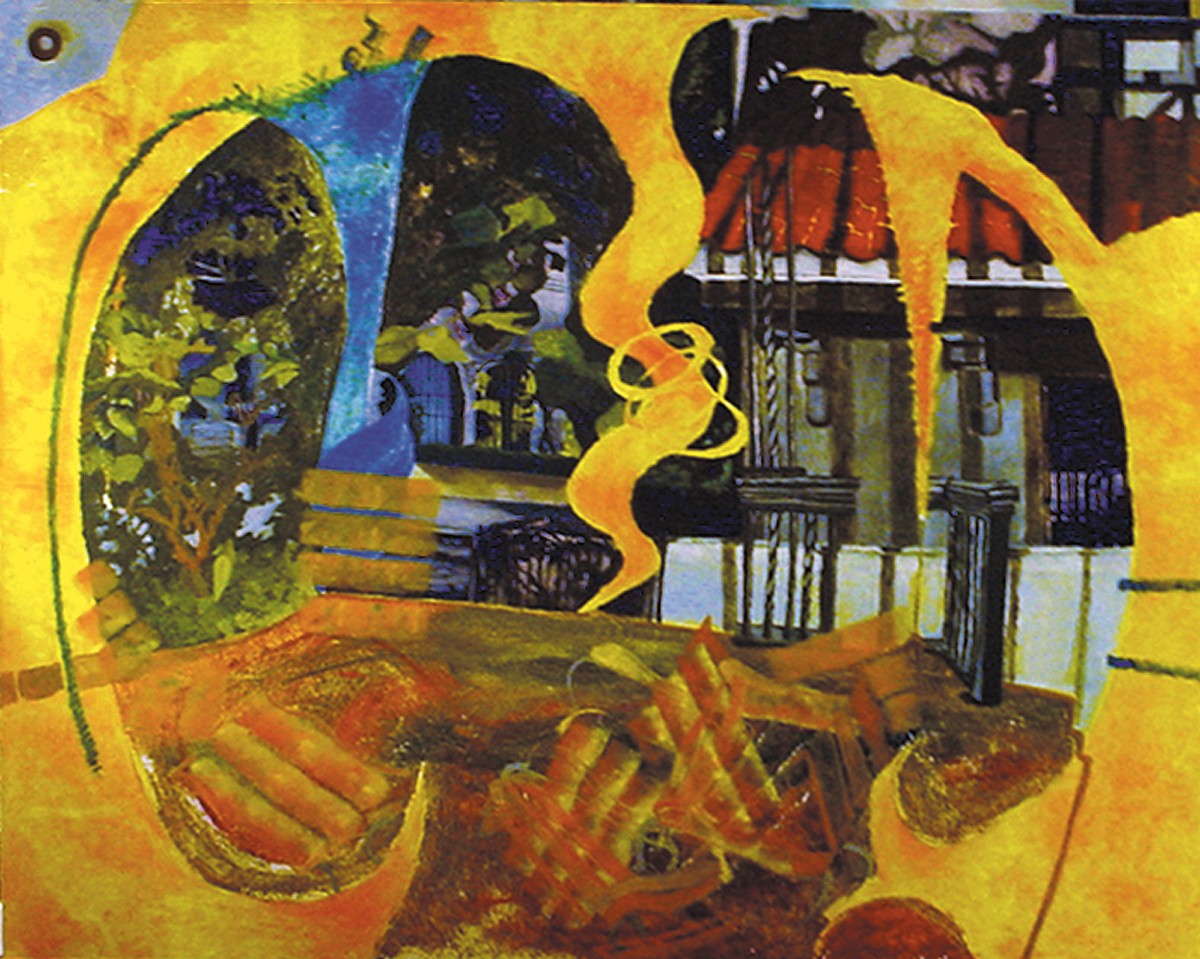 Painter, graphic artist and designer, assemblage artist, and teacher. O’Neill studied art at the Cooper Union School of Art and Science in New York and attended Krishna Reddy’s graphics workshop. She studied photo-engraving under Luis Camnitzer in Lucca, Italy, and worked as a printer at the Studio Sagradini in Florence. She was the first Puerto Rican artist to receive the Grand Prize in Painting at the International Painting Biennial in Cuenca, Ecuador (1991). She created the e-zine El cuarto del Quenepón in 1995, the first e-zine in Latin America and among the first in the world devoted to culture. O’Neill’s work has been included in several publications and shown in group and solo exhibitions such as her mid-career retrospective, Artist Interrupted, at the Museo de Arte de Puerto Rico. Her work has been acquired by many private and institutional collections in Puerto Rico and abroad, and she has been both a faculty member and chair of several departments of painting and been part of projects such as the Design Center at the Puerto Rico School of Plastic Arts, where she is currently art director. After exploring a wide spectrum of themes and styles, she is now focusing on issues related to painting and perception and to painting’s relationship to architecture; thus, O’Neill is distancing herself somewhat from the narrative aspects of her earlier production, as may be seen in her construction Enable Blue (2006).