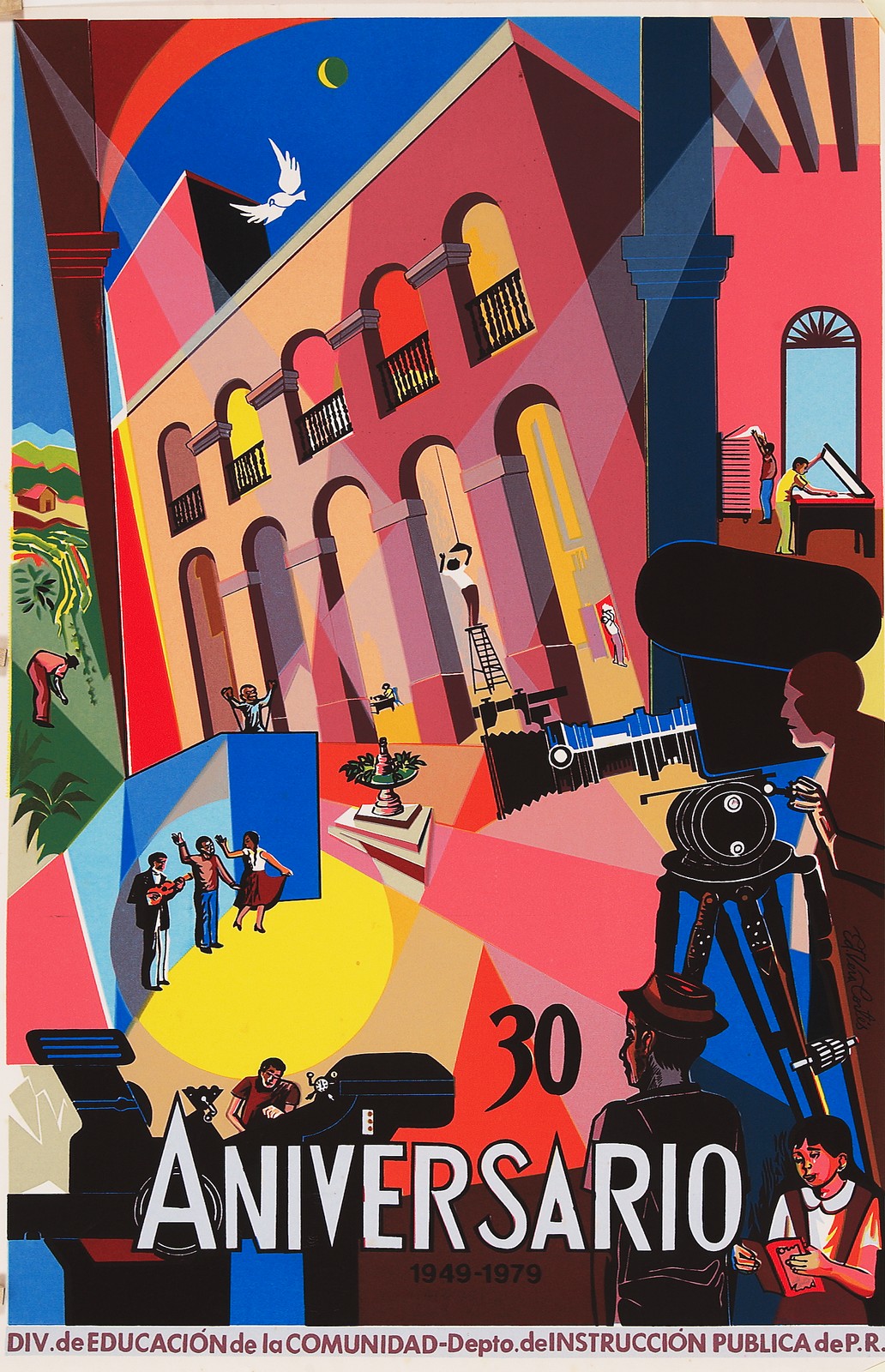 "30th Anniversary of the Division of Community Education" (1979)

Graphic artist, painter, illustrator, and sculptor. Vera Cortés began his working life as a simple cabinetmaker, but he pursued training in art under Julio Rosado del Valle, Irene Delano, Fran Cervoni, and Félix Bonilla Norat, from whom he learned silkscreen technique. He later studied sculpture under Spaniard Francisco Vázquez Díaz, known always as “Compostela,” at the Institute of Puerto Rican Culture. He is considered a member of the “Fifties Generation” of Puerto Rican artists. In 1960, he received a scholarship from the Department of Public Education to pursue studies in Mexico, at the Escuela Nacional de las Artes del Libro, the Escuela La Esmeralda (a school within the Instituto Nacional de Bellas Artes), and the Centro Superior de Artes Aplicadas. Until 1990 he was an illustrator at the Graphic Arts Workshop of DIVEDCO. Very well known among his paintings and sculptures is a series of works on the subject of stray dogs. The dogs are intended as symbols of the marginalization of underprivileged sectors in our society, and are an expression of Vera Cortés’ social conscience.