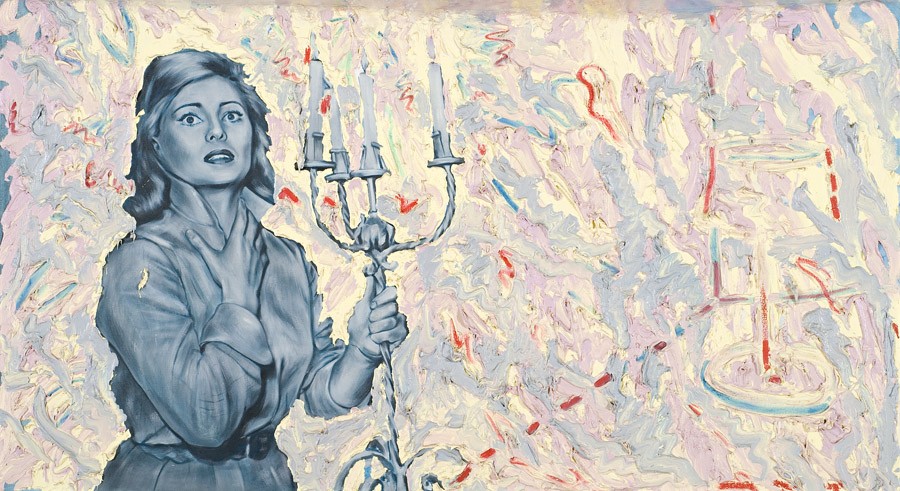 Painter, photographer and graphic designer. Obtained his bachelor’s degree from Tufts University in 1973 and earned a master’s degree from Hunter College in 1976. At Hunter he met and studied with Rosalind Krauss. During his short life, he had four solo exhibitions and participated in several group shows; also, his work was included in several exhibitions organized after his death in 1986, such as a retrospective in 1994 at the Grey Gallery and Study Center at New York University. Among his influences were the pictorial work of Manet and Velázquez, the philosophy of Heidegger and the literature of Marcel Proust. Santos was associated with the camp aesthetic, in which style prevails over content and which is also associated with the queer culture. In 1980, he exhibited in New York a series of photo-novels based on the opera, B-films, and pulp fiction, satirizing popular taste and sensibility. His series of paintings portraying purebred dogs, done in the Romantic style in the early eighties, illustrates his critique of the rejection of styles of the past by his contemporaries, who categorized him as a reactionary.