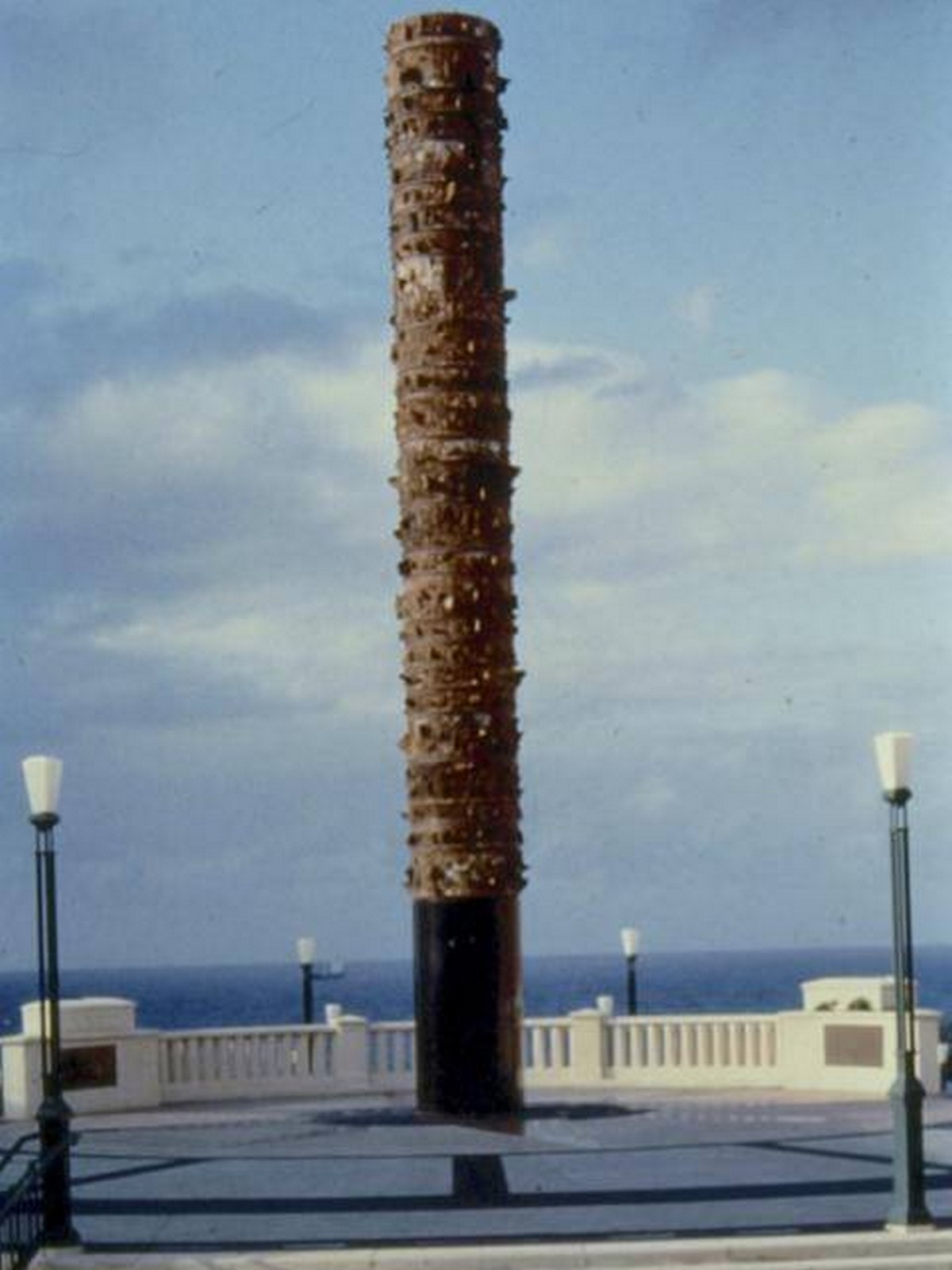 Sculptor, architect, ceramicist, installation artist, set designer, draftsman, teacher. Suárez earned his bachelor’s degree in architecture at the Catholic University in Washington, D.C., in 1969 and his master’s degree in urban design at Columbia University, New York, in 1970. In 1971, he attended workshops in the Arts and Crafts program at the University of Puerto Rico. Aside from his magnificent work, which has won many prizes—the gold medal from the International Art Ceramics Competition in Faenza in 1981, for example—Suárez is distinguished by his constant work promoting the value of ceramics as artistic expression in Puerto Rico. In 1972, he founded the Caparra Studio, and in 1977, Manos Gallery, which in 1980 gave way to Casa Candina. His works fall into two categories: more intimate pieces and large-scale public art, such as his famous Totem Telúrico in Old San Juan and his ceramic murals; all his work is distinguished by its direct, glaze-free treatment, which is rich in gestural expression. In some sense, Suárez’s work, with its characteristic appearance of “controlled mistreatment,” as critic José David Miranda put it, reflects the tropics and their climate. His pieces are often conceived as installations.