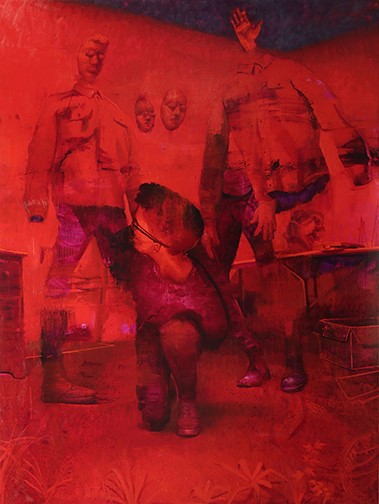 In 2007 obtained an Associate Degree in Telecommunications Technology from the University of Puerto Rico at Humacao. Later, in 2014 he completed his bachelor's degree in Fine Arts with a concentration in Painting from the San Juan School of Plastic Arts and in 2019 he graduated with a Master's degree in Fine Arts from the Pennsylvania Academy of the Fine Arts where he was recipient of awards such as The Judith McGregor Caldwell Purchase Prize for the Academy’s Permanent Collection and The Woodmere Art Museum Purchase Prize; both of them Awards included his works for their permanent collections. Has had several exhibits in museums such as the Miramar Museum of Art and Design, Museo de Arte of Caguas, Museum of San Juan, Museum of Contemporary Art and spaces alternatives such as La Productora in Santurce, Puerto Rico. Currently lives and works in Philadelphia, United States.