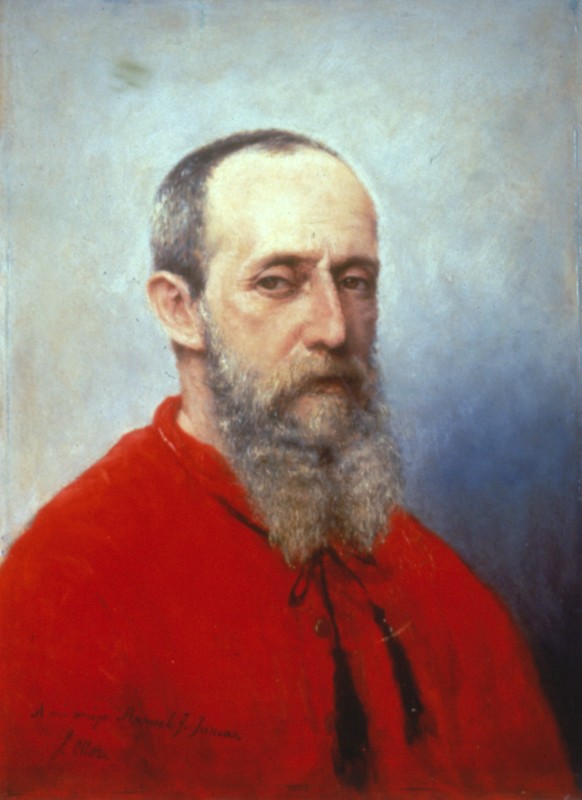 Painter and educator. Oller initiated the long tradition in Puerto Rican art of depicting scenes of Puerto Rico. He captured the beauty of the landscape and its tropical fruits, and he often painted scenes illustrating some of the island’s social ills. He first studied in San Juan under painter Juan Cletos Noa and later continued at the Real Academia de San Fernando in Madrid, under Federico Madrazo. In 1858, Oller traveled to Paris, where he frequented the studio of Thomas Couture and attended L'Académie Suisse and L'Ecole Imperiale et Spéciale de Dessin. He also frequented Gustave Courbet’s studio and met Camille Pissarro. In 1865 he returned to Puerto Rico and in 1870 he established an academy of drawing and painting in San Juan. In 1874, he returned to Paris, where he met Dr. Paul-Ferdinand Gachet (physician and friend to Vincent Van Gogh and the subject of one of Van Gogh’s most famous portraits), who purchased Oller’s work El estudiante (The Student). In 1884, after eight years in Madrid, his commitment to Puerto Rico led him to return to the island. In 1895, he traveled for the last time to Paris to exhibit his famous work El Velorio (The Wake). In 2006, the Ponce Art Museum organized an exhibition that traveled to the Worcester Art Museum in Massachusetts; the exhibition included Oller’s work as well as works by José Campeche and Miguel Pou. Oller’s artistic career spanned the period from the realism of Courbet to the Impressionists, with many of whom he established close friendships while he lived in Paris.