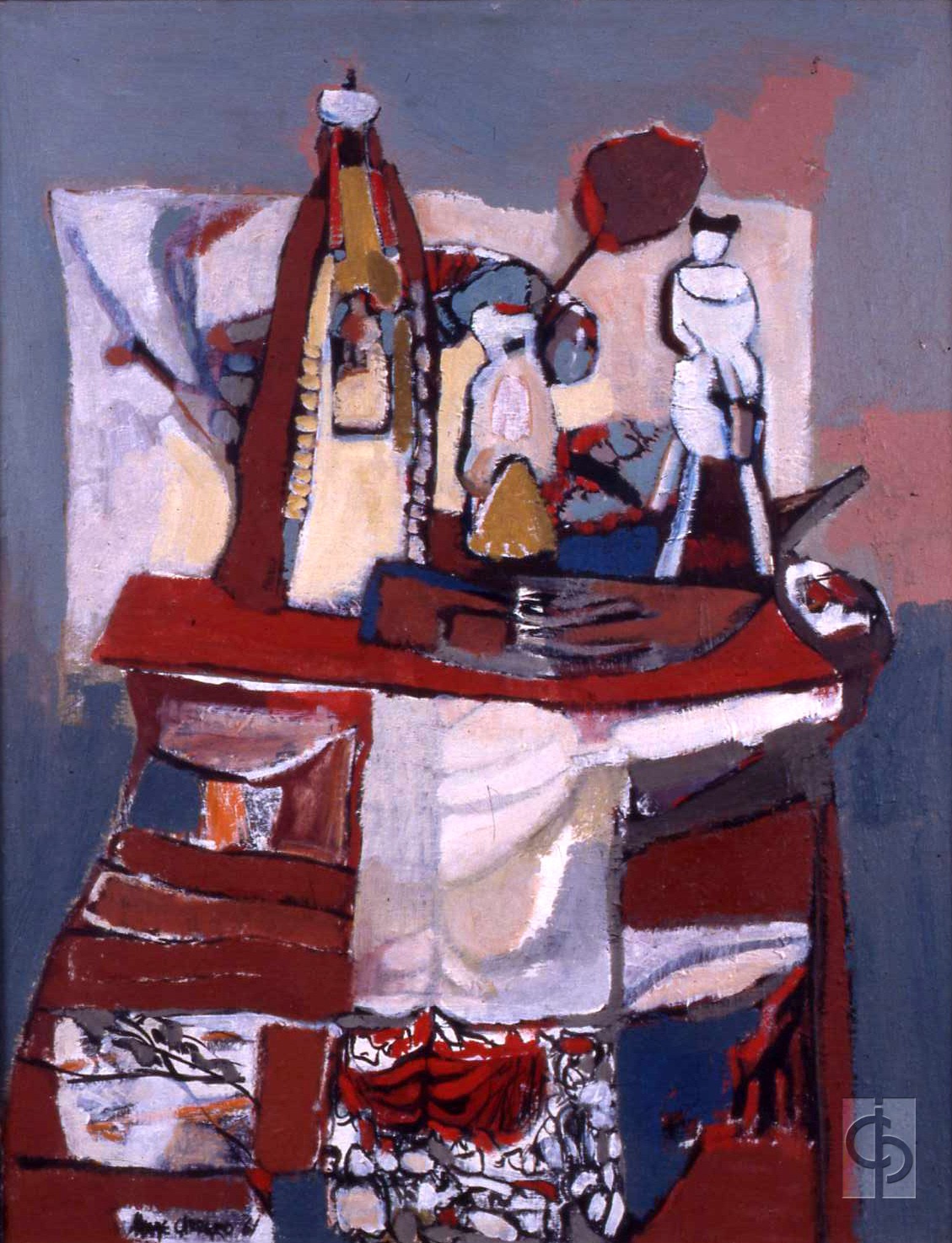 Painter, draftsman, novelist, playwright and poet. Carrero studied at the Art Instruction Center in New York in 1949. He earned his bachelor’s degree at Interamerican University of Puerto Rico (then the Polytechnic Institute of San Germán) in 1956 and a master’s degree at the Pratt Institute of New York in 1957. He took advanced painting courses in Florence in 1961 and studied art history at Columbia University in 1962. Since 1957, Carrero worked in the Art Department at the Interamerican University of Puerto Rico’s San Germán Campus and was the head of the department from 1979 to 1995. His extensive literary work has been published in Puerto Rico and the United States. Social and political subject matter, imbued with irony, is characteristic of his work.