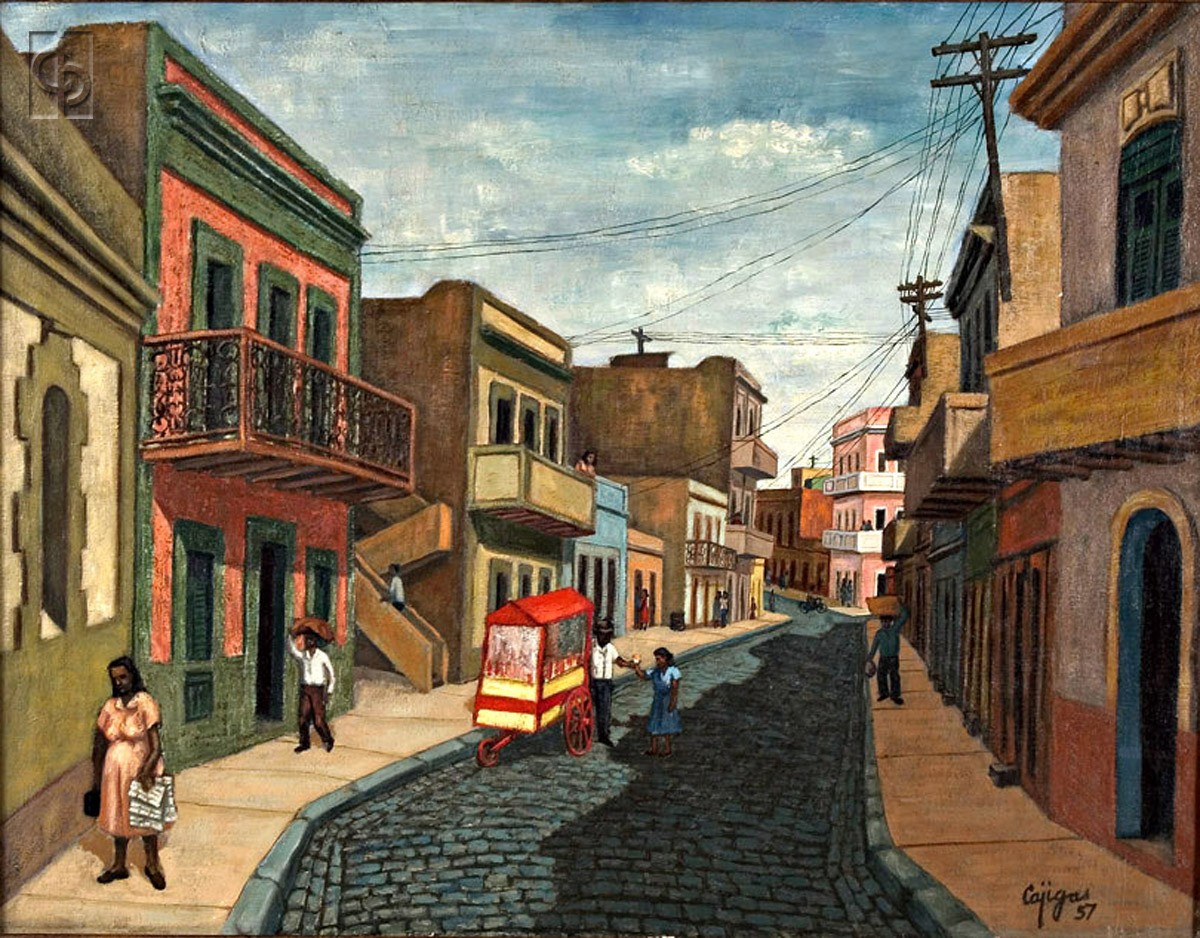 Painter and printmaker. In 1952, with the help of Inés Mendoza de Muñoz Marín, wife of the governor of Puerto Rico, Cajiga moved to San Juan where he studied with Lorenzo Homar, Rafael Tufiño, José Meléndez Contreras, and Félix Bonilla Norat at the Graphic Arts Workshop of División de Educación a la Comunidad (DivEdCo).  He studied perspective under painter Fran Cervoni. From 1960 to 1962, he worked as assistant to Homar at the Graphic Arts Workshop of Instituto de Cultura Puertorriqueña.. In 1975 he earned a master’s degree in education at Interamerican University of Puerto Rico and since 1979 has had his own gallery in Old San Juan. He has become known for his local-color painting, in which he depicts scenes and landscapes of urban life, principally in Old San Juan.