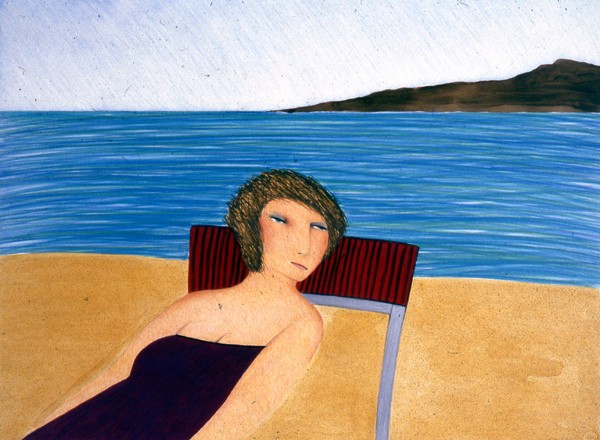 Painter and graphic artist. Reyes studied at the Puerto Rico School of Plastic Arts. He learned silkscreen technique from Eliasim Cruz, with whom he founded the silkscreen workshop Visión Plástica in 1970. His graphic work was celebrated and he received important commissions, such as the poster for the opening of the Museo de Arte Contemporáneo de Puerto Rico in 1988. In 1975 he worked for the design studio of the Cultural Activities Program of the University of Puerto Rico, Río Piedras Campus. In 1989, Reyes, Eliasim Cruz, and Omar Quiñones founded the Prisma Studio and Gallery. His work reflects his considerable sensitivity and creative skill; his compositions are characterized by a harmonious balance of shapes, colors, and textures. The female figure was a personal icon for Reyes, as may be seen in his many works portraying imposing, sometimes exotic, brilliantly colored female characters further highlighted by stylized backgrounds consisting of patterns of colors and shapes. His figures are invariably portrayed wearing intriguing hats or other headpieces.