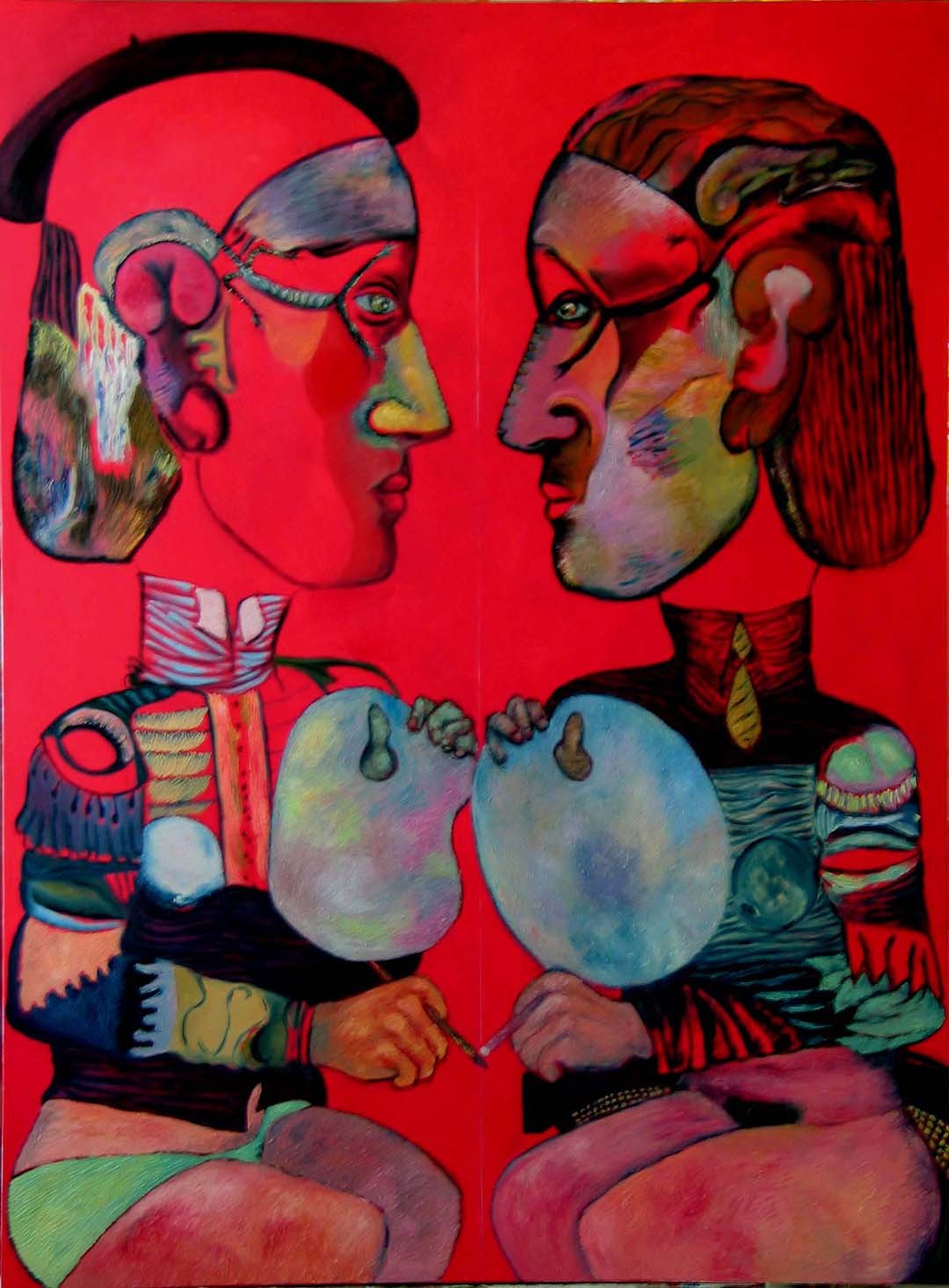 Painter, draftsman, poet, theorist and professor. Escobar earned his Bachelor’s Degree in Art from the University of Puerto Rico and continued his studies at the University of New York City, the Brooklyn Museum, and the New York Art Students League. He worked as a cartoonist and as a teacher at several public schools and the Art School at El Museo del Barrio in New York; and was linked with the Association of Hispanic Arts of New York. As a member of a movement pro-independence of Puerto Rico, he was sentenced in 1980 by the USA government to 68 years in prison on charges of seditious conspiracy. While in prison, he continued to paint, and dedicated himself to reading and cultivated poetry and (“The Artificer’s Essays”). He was released from prison in 1999 and returned to the Island. In his more recent painting and mixed media works, he raises matters of the human communication, the phenomenon of the painter as an observer (or not) of the reality and the marginality and the isolation in the contemporary world. Currently, he is incorporating digital media and electronic transfer into pieces of his work, in an unconventional way.