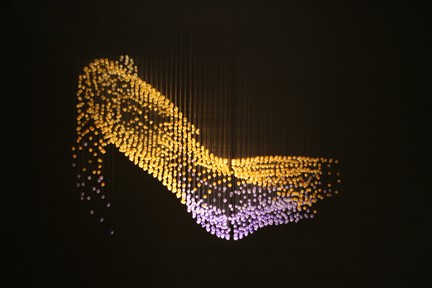 Sculptor and creator of installations. Rosa studied at the Technical University of Budapest Budapest, Hungary 1989, and in 1992 at Centro Studi Santa Chiara Castiglion Fiorentino, Italy. In 1993 he obtained a Bachelor’s degree in Architecture from Kansas State University in Kansas, United States. Later, in 1998 he attended Anderson Ranch Arts Center (ARAC) in Snowmass Village, Colorado. He has exhibited in Puerto Rico, the United States, France and Venezuela. His work reflects his interest in the relationship between solidity and negative space. In the traditions of Catalan architect Antoni Gaudí and contemporary English artist Cornelia Parker; his works are subtly kinetic, meditative, and mesmerizing in their interaction with light.