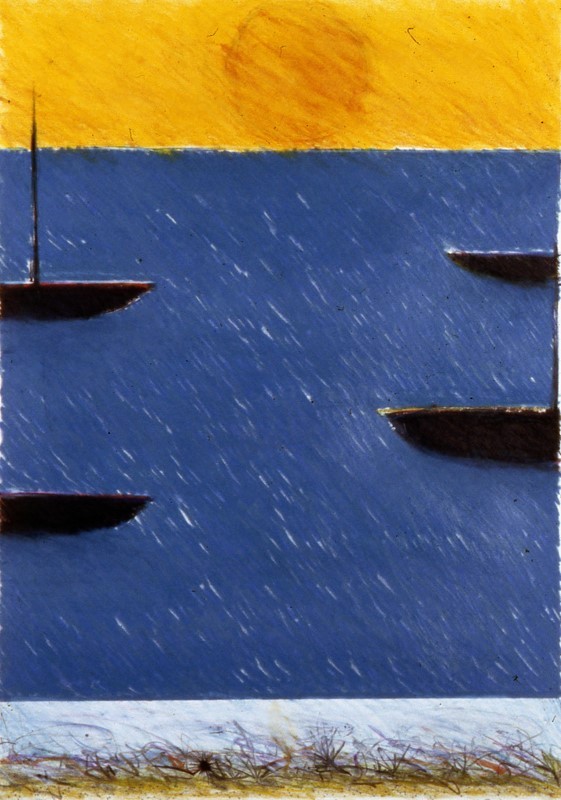 Painter and printmaker. He attended the School of Visual Arts of San Juan in 1967 where he studied with great masters of the generation of the fifties in Puerto Rico. After a brief period in New York, he founded the silkscreen printing workshop Plastic Vision in 1970 with Wilfredo Chiesa and Eliasim Cruz. In 1975 he worked at the design workshop of the Cultural Activities Program of the University of Puerto Rico, Río Piedras Campus. Subsequently, and again with Eliasim Cruz and Omar Quiñones, he founded the Prisma Workshop‑Study in 1989, where he produced his own works, and prints for other artists and institutions. He received several awards in art biennials, and participated in solo and group exhibitions in Puerto Rico, the United States, Mexico and Venezuela. In 1996 he presented a retrospective of his trajectory at the Museum of Contemporary Art. His paintings continue to be part of exhibitions and art collections. His work reflects his great sensitivity and creativity in designs in which he portrayed the female figure, often wearing odd hats or headdresses, with a solid appearance and bright colors, highlighted by scenarios filled with patterns of color and shapes.