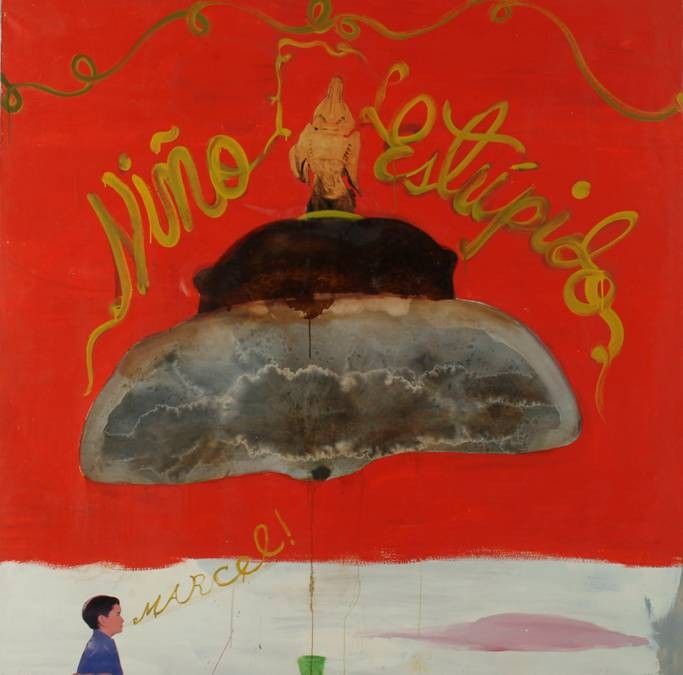 Painter, performance artist, teacher, community coordinator, radio producer. Vargas began his art studies at the Art Students League in Old San Juan (1982–84). He earned a BFA at the Pratt Institute in New York in 1988 and went on to study at the Skowhegan School of Painting and Sculpture in Maine (1991). He obtained his master’s degree in painting from the Royal College of Art in London in 1994. He also studied art education at Kensington and Chelsea College in London. He has given courses and workshops in art in Puerto Rico, New York, and England since 1988 and coordinated countless educational and cultural events that combine the visual arts with other modes of expression. Since 2000 he has become interested in radio production, which he has integrated into his community-action work. He works with other artists in a studio for artistic experimentation in Santurce, where he creates his character “The Saint of Santurce,” who takes part in a variety of public art events. His painting is distinguished by its heroic urban figures, its supernatural beings, and its sense of humor, as Vargas makes use of the language of comic strips a great deal in his work.