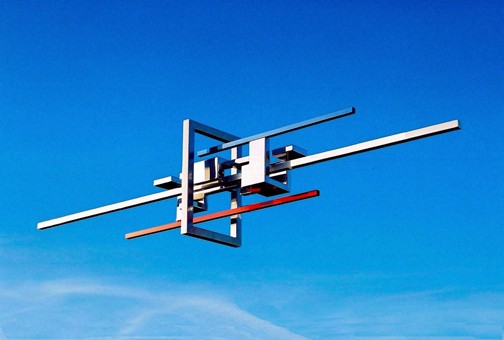 Sculptor, industrial designer. Salas studied architecture and engineering at the University of Puerto Rico and industrial design and metallurgy at the University of Michigan. While he was working for the Puerto Rico Design Council, the Puerto Rico Industrial Development Company (PRIDCOFomento) awarded him a grant to pursue graduate studies at the Domus Academy in Milan. When he completed his degree, the Italian designer Andrea Branzi, whose firm designs furniture, exhibitions, interiors, and objects, recruited him. He has worked with several groups and institutions in Europe, such as the Centre Pompidou in Paris, and with other Italian designers creating industrial products. He received an invitation from the MoMA (New York) to take part in the exhibition Mutant Materials in Contemporary Design in 1995, and was a prize winner at the Fourth Biennial of Young Artists, sponsored by the Chase Manhattan Bank of Puerto Rico. He is represented in the Latino-Hispanic Archive of the Cooper-Hewitt National Design Museum, New York, a branch of the Smithsonian Institution. Since 2002 he has been a guest professor of advanced design at the Instituto Tecnológico de Estudios Superiores in Monterrey, Mexico. He works as a consultant and has his own design and sculpture studio; he has done commissions for individuals, agencies, and institutions, such as the metal balustrades and railings, lamps, podium, and plaques for the Museo de Arte de Puerto Rico.