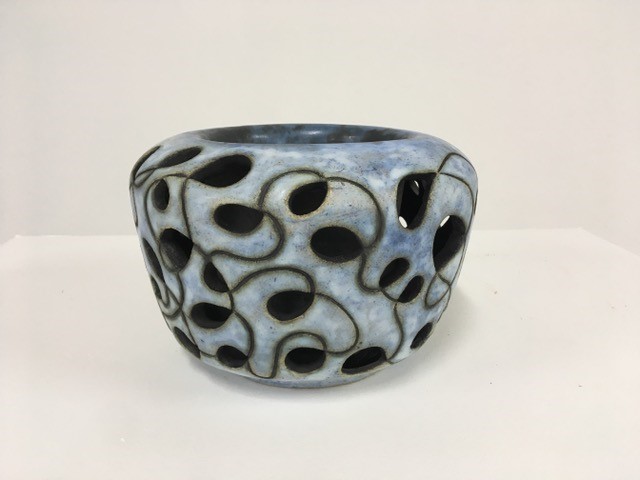 Sculptor, ceramist and graphic designer. She earned her BA from Drew University in Madison, NJ, and then went on to study art in Florence at the Studio Art Center International. In her return to Puerto Rico, where she has lived since the age of 8, begins to work as a graphic artist. She took ceramics courses at Casa Candina between 1985 and 1987. In 1990 she received an honorable mention at the second edition of the Biennial of Contemporary Puerto Rican Ceramics, organized by Casa Candina. She has taught ceramics courses at various institutions since 1988, including the School of Plastic Arts of Puerto Rico. In 1992 she joined the Board of Directors of Casa Candina and with them she organized exhibitions inside and outside of Puerto Rico, such as: the Casa Candina Awards: Biennial of Contemporary Puerto Rican Ceramics (1992-2004), Intercambio 3 and Intercambio 3 + 2, Mexico Puerto Rico, Venezuela, Cuba and Dominican Republic (1995-2001), Congelado por el fuego, Casa Candina and contemporary ceramics at the Museo de Arte de Ponce. Castañeda has designed various publications of exhibitions organized by Casa Candina. Her most recent ceramic work has an abundant draft, which plays with light to create shadows that make the works become ones that go beyond the volume of the ceramic artworks per se.