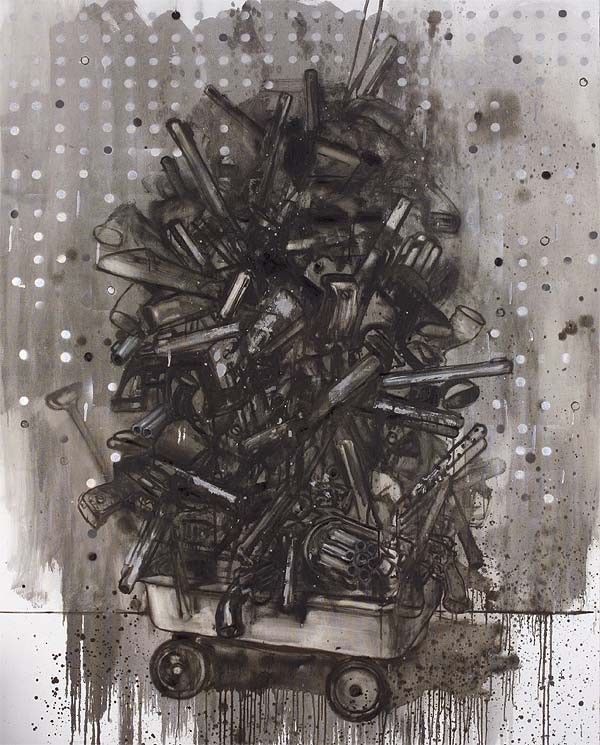 Painter, illustrator, graphic artist and creator of site specific installations. Self-taught, he ventured from drawing up to projects in the advertising field. Afterwards, he took painting classes with Spaniard Pablo San Segundo. Subsequently, from 2001 to 2003, he carried out formal studies in painting, drawing and printmaking at the Specialized School of Fine Arts in Arecibo, Puerto Rico, under the tutelage of Professor and Artist Roland Borges Soto. His work has been exhibited internationally, including Santo Domingo, Brazil, United States and Canada, while at the same time maintaining himself consistently active in the Puerto Rican art scene. Human figures of raw facial expressions are a constant feature of his prolific work, most often in disorganized and chaotic surroundings. His work reflects an expressionist character of social themes.