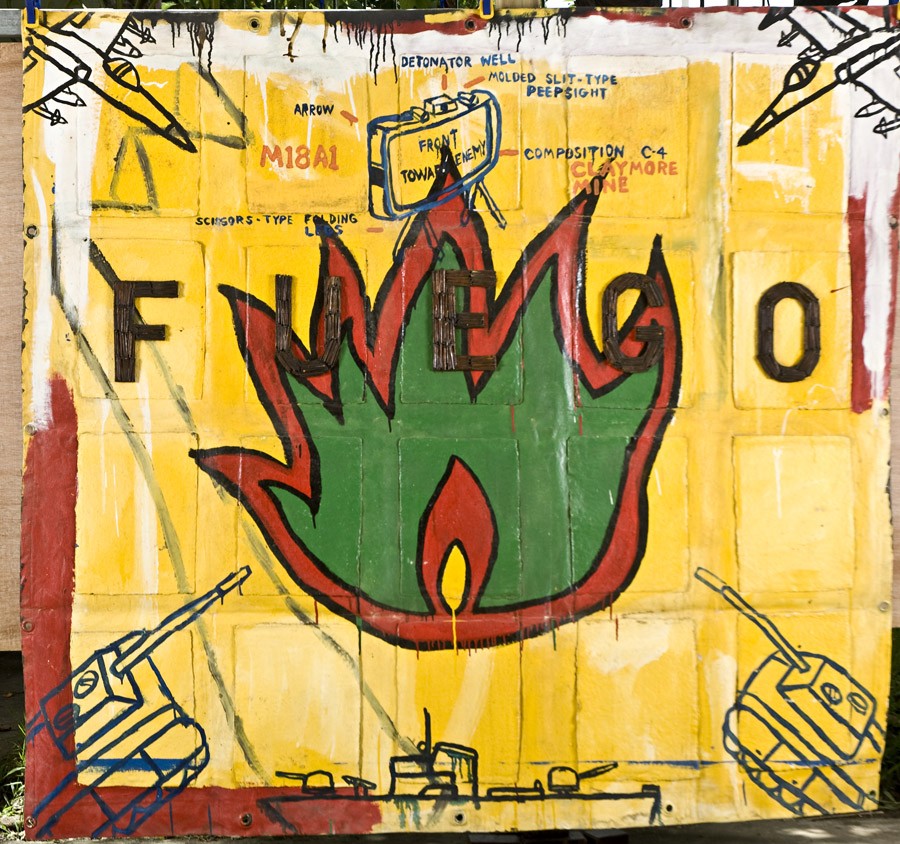 Painter, sculptor, printmaker, creator of installations, “actions,” and “interventions,” and teacher. Rivera Villafañe earned his BFA at the Puerto Rico School of Visual Arts in 1989. Later, obtained a Master Degree of Administration and Supervision in Education at the Metropolitan University, Cupey Campus, in 2009. In 1997 he was granted the Award for Painting by the Alfonso Arana Foundation in San Juan, and in 2001 he received an honorable mention at the Fourth Caribbean Biennial in Santo Domingo, Dominican Republic. He currently teaches visual arts at Education Department of Puerto Rico. In 2003–05 he created his Public Arts project Conjunto escultórico Ponce (Ponce Sculpture Group, popularly known as The Ponce Letters). Did his mid-career exhibition “Manifestaciones de lo Humano”  at the Museo de Arte Contemporáneo de Puerto Rico (2012). His work has a very strong impact, and it confronts us with images of the aggression, violence, and fear that plague contemporary society. Rivera Villafañe addresses these subjects through scenes of violent crimes and images such as handguns, which become central motifs in his work. His stylistic vocabulary of strong colors applied in loose, dripping brushstrokes, as well as his use of calligraphy and cartoon-like figures, are references to Pop Art.