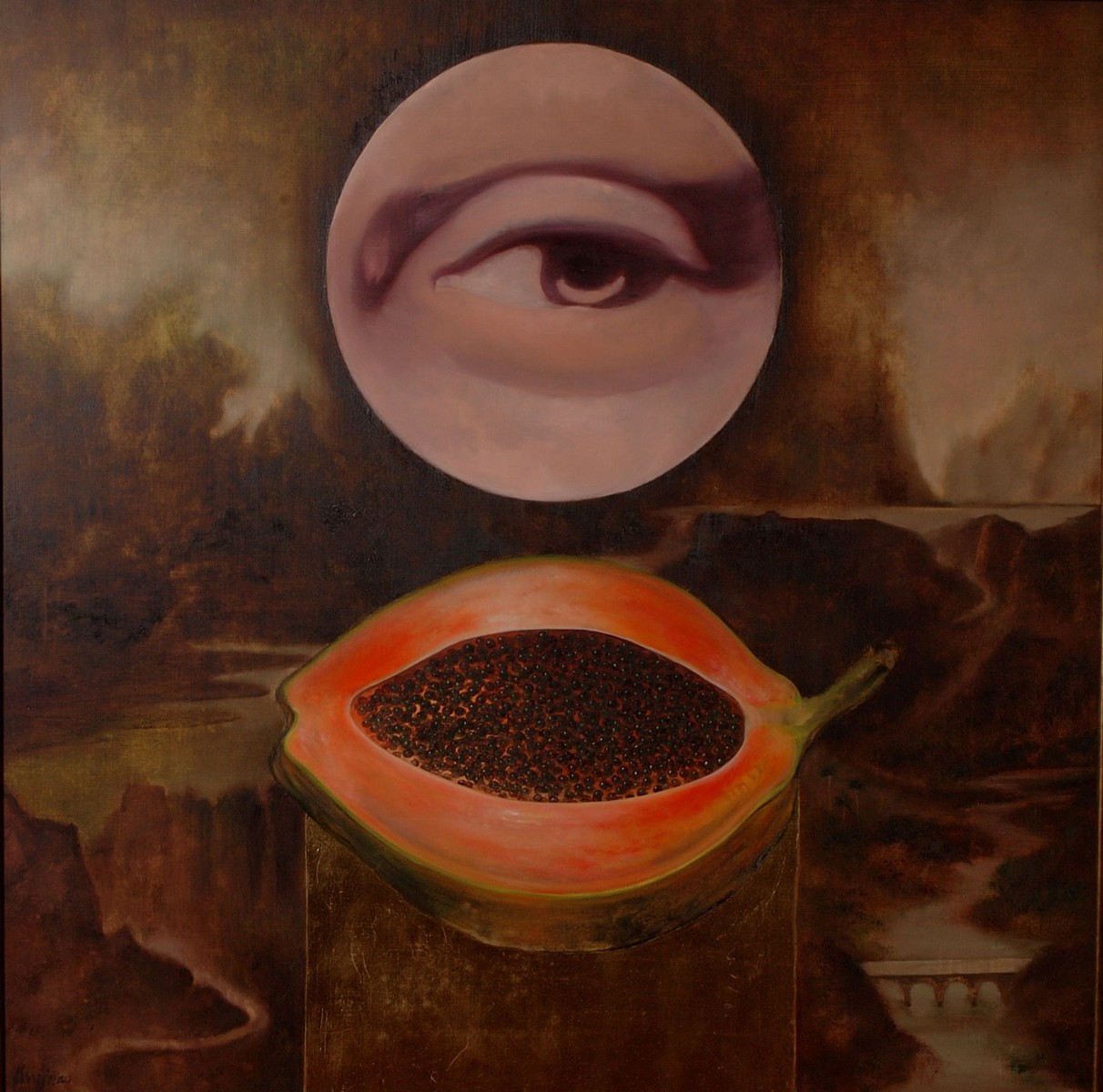 Painter, printmaker, assemblage artist, and designer. Of Puerto Rican parents, Quijano came to the island in 1967, at the age of thirteen. He first studied architecture at the University of Puerto Rico, but his experience with printmaking under José A. Torres Martinó pushed him instead toward painting and the graphic arts. In the late eighties, Quijano was a visiting professor at the Art Students League in San Juan. During this same period he did several large-scale still lifes and flowers and became interested in the design of furniture and decorative accessories. In the early nineties he completed his degree in architecture and obtained a bachelor’s degree in environmental design from the University of Puerto Rico School of Architecture. Among the distinctions he has received are the Award in Drawing in the UPR’s Plastic Arts Competition in 1979 and the first and second prizes at the American National Miniature Show in Wyoming in 1983. His paintings and constructions are very colorful and have a certain naïf air; they portray Quijano’s childhood memories of Puerto Rican life with humor and a certain tongue-in-cheek quality.