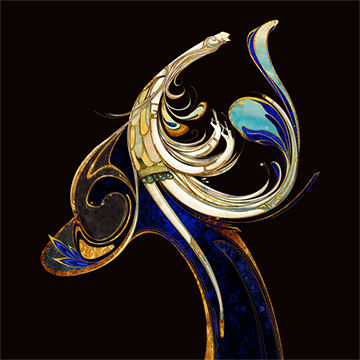 Designer, illustrator and muralist. He attended Robert F. Wagner, Jr. Secondary School for Art and Technology and in 2004 obtained a BA in Graphic Design from Atlantic Collage. He has done work as an art director in various advertising agencies, production houses and magazines. As an artist, also known as Esco, he has carried out several muralism projects commissioned by important institutions such as the Municipality of San Juan, the Museum of Art of Puerto Rico, the Museum of Contemporary Art, Banco Popular de Puerto Rico and other local brands. Cloquell belongs to the collective of artists known as "El Coro Gráfico", whose work has been exhibited in numerous exhibitions inside and outside of Puerto Rico. In the past years, he has exhibited his work in Puerto Rico, Argentina, Japan and the United States (New York, Chicago, Miami), and has collaborated with several independent exhibition spaces, developing collectives with the intention of promoting local talent. His work stands out for the creation of characters created with highly detailed lines, fluidity of organic shapes and vivid colors.