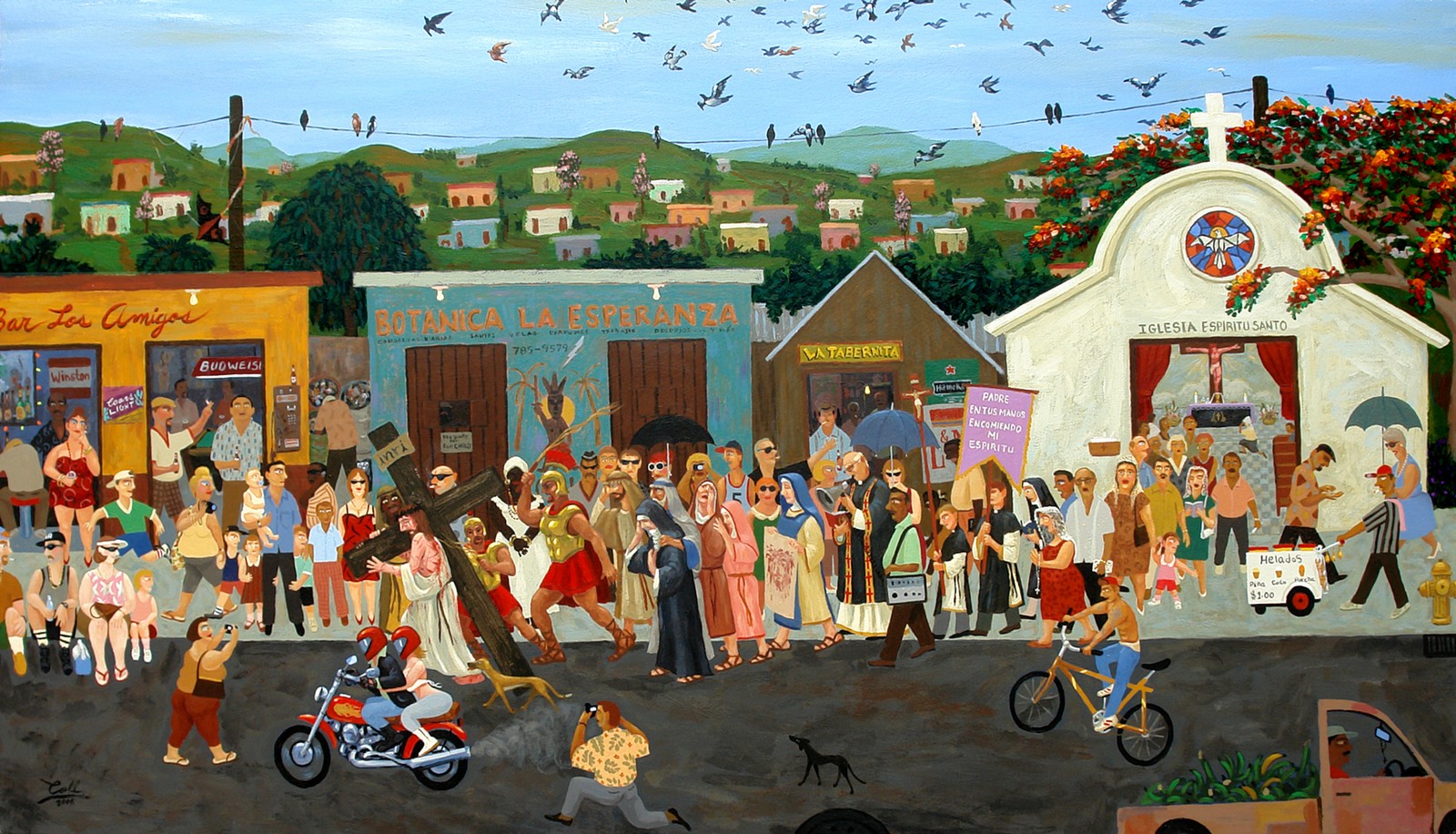 Painter, illustrator, printmaker and sculptor. Studied at Escuela de Artes Plásticas de Puerto Rico under the tutelage of Professor Frank Cervoni graduating Suma Cum Laude with a concentration in painting in 1984. Since then he worked as an illustrator for special reports on channel 11 News and other media. In 1986 he joined the newspaper El Nuevo Día as one of its most prominent illustrators, being granted several international awards in illustration by way of this newspaper pages. Culminating his career as an Illustrator in 1995, Coll dedicates with passion to painting, medium that has brought him recognition from critics and art collectors, becoming his work part of important collections and conducting exhibitions in art galleries locally and abroad. In constant search of his visual language, Coll has steered his work towards the creation of a unique style which thrives on images and real-life situations that the artist has managed to perceive in the streets and transformed them into their own urban world with a clear satirical-social intention.