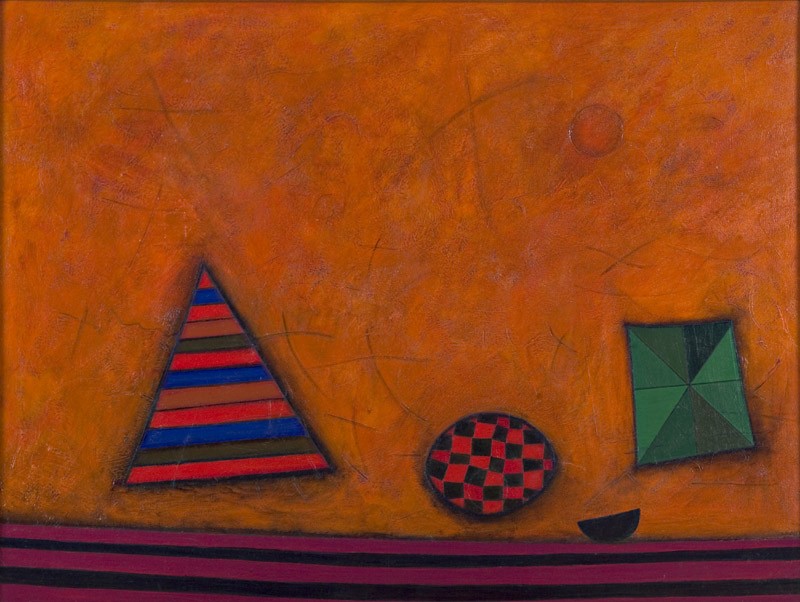 Painter, graphic designer, set designer, choreographer. Mestey completed his BA in art and drama at the University of Puerto Rico in 1975, and his master’s degree at NYU in 1980. On his return to Puerto Rico, he produced masks and scenery for theatrical productions. He also joined the Frente group, a collective of abstract artists organized by Luis Hernández Cruz, and showed his work at the First Congress of Abstract Artists of Puerto Rico in 1984. From 1985 to 1993 he was director of the art collection of the José M. Lázaro Library at the University of Puerto Rico, Río Piedras Campus, where he currently works as a librarian. For the Puerto Rican government’s Public Art Project, he created Cartelera, with which Mestey hoped to foster reflection on contemporary social issues. His work employs brightly-colored geometric shapes to portray the world he sees.