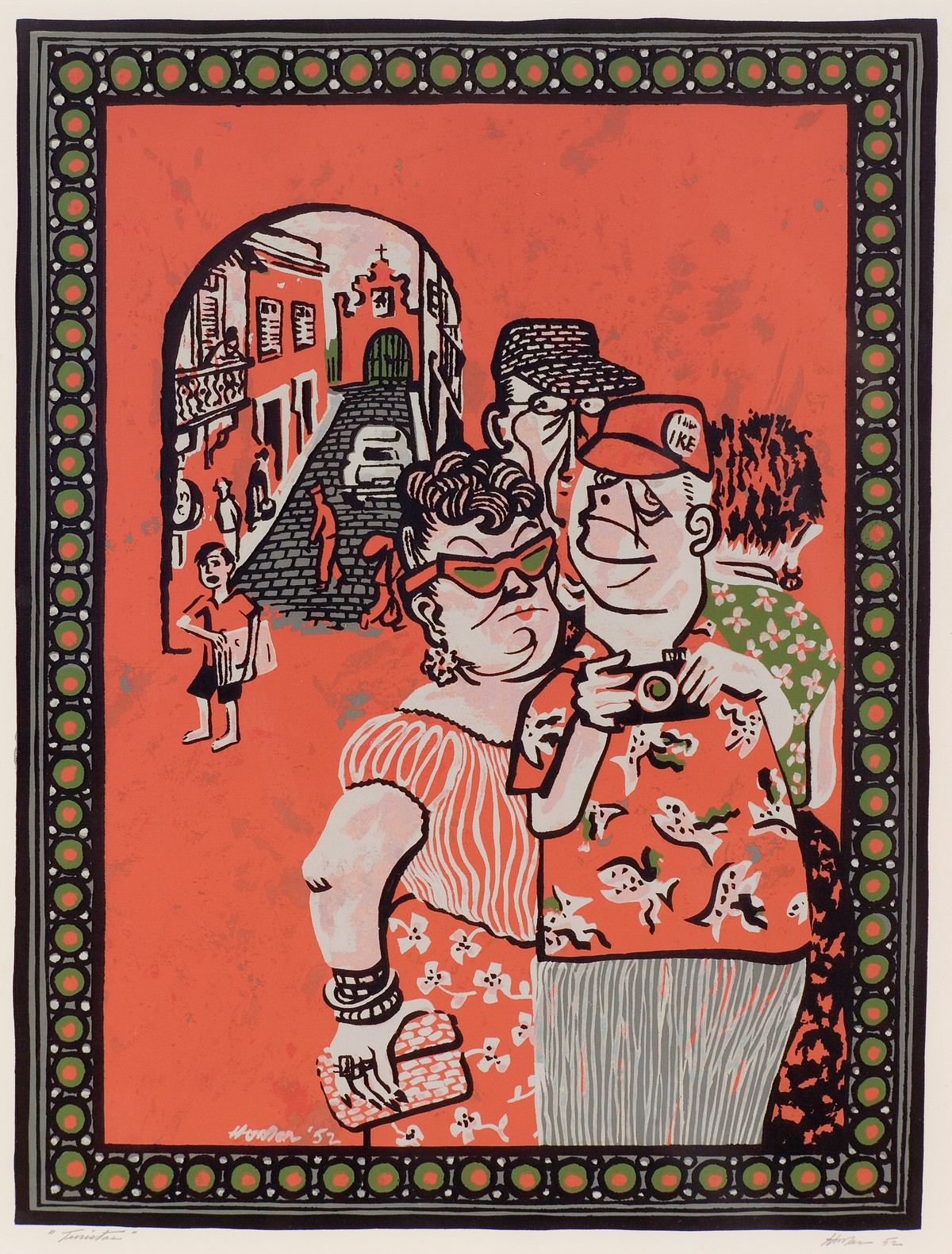 Painter, printmaker and professor. He moved to New York City when he was very young, where he studied at the Art Students League (1930) and the Pratt Institute (1939‑1942). He worked as a jewelry designer at the Cartier house for ten years while studying painting and printmaking at the Brooklyn Museum of Art School with artists Rufino Tamayo, Arthur Osler and Gabor Peterdi. Upon his return to Puerto Rico in 1950, he cofounded the Puerto Rican Art Center. From 1951 to 1956 he worked as a graphic artist and director of the printmaking section of the Community Education Division, and in 1957 he organized the Printmaking Workshop of the Institute of Puerto Rican Culture, which he directed until 1973. Homar is one of the most important representatives of the generation of Puerto Rican artists of the fifties and is well‑known for initiating and being a bastion of the important printmaking tradition in Puerto Rico. During his years at the printmaking workshops, he trained two generations of the best Puerto Rican artists; therefore, his influence in that discipline was pivotal. The meticulous technique he used in the graphic medium was directed to his pictorial work, of realistic style, characterized by the precision of colors and drawings.