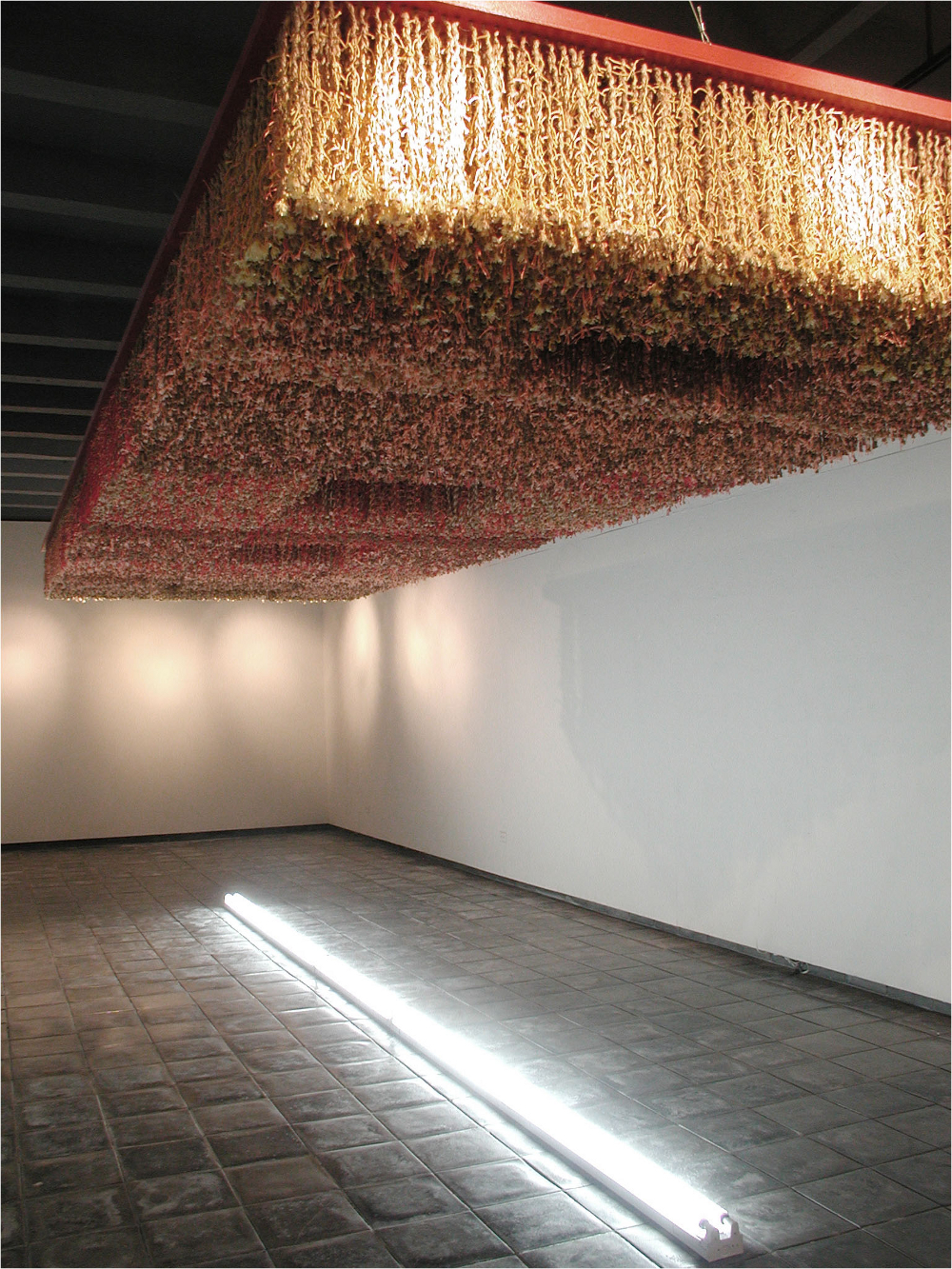 Installation artist, sculptor, draftswoman, painter, teacher. Bobonis attended the Escuela de Artes y Oficios (School of Arts and Trades) in Barcelona, and she earned her bachelor’s degree in art, with a major in painting, at the University of Barcelona. She also studied communications with a specialization in visual arts at Universidad del Sagrado Corazón  in Santurce, PR.  Since 1986 she has participated in group shows and has several solo exhibitions to her credit. She has received prestigious scholarships such as the Pollock-Krasner Foundation in New York, the Joan Mitchell Foundation in New York (2018), among others, and in 2006 she was awarded an artistic residency at the Santa Fe Art Institute in New Mexico.
Bobonis has taught at the Puerto Rico School of Plastic Arts. Bobonis works mainly in sculpture and installations, although she has inclined more toward installations recently, using such rudimentary materials as rope, fishing line, and wool, which she may weave, braid, or unbraid. Her work has been compared to Post-Minimalism, with references to arte povera.