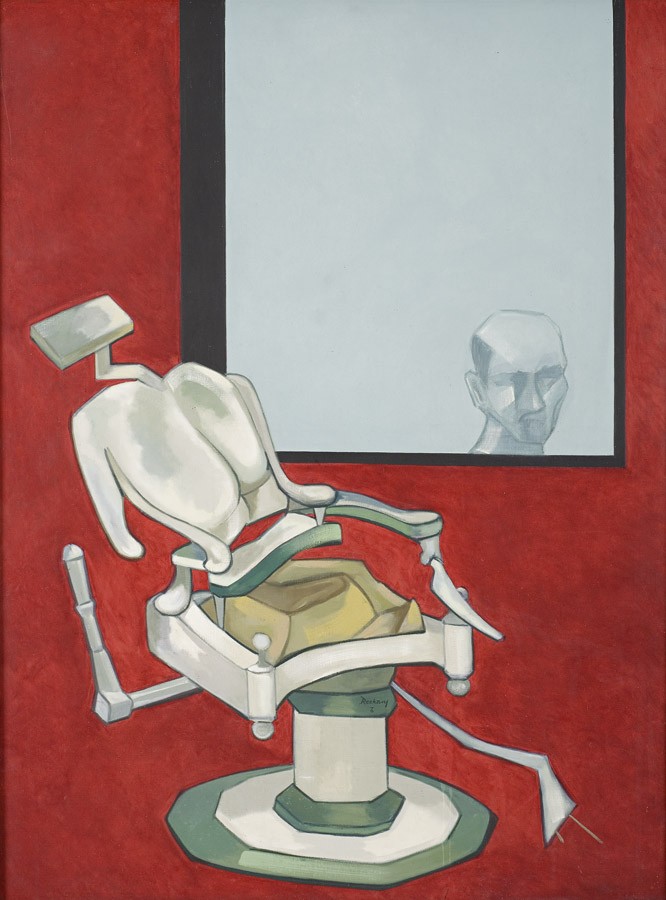 Painter, muralist, and teacher. Rechany studied under Spaniard Alejandro Sánchez Felipe in San Juan and under Ramón Frade—who was a friend—in Cayey. From 1934 to 1954 he lived in New York and studied at the National Academy of Design, though he often visited Puerto Rico. He returned to the island and joined the flourishing art movement of the fifties.  In 1958, with a scholarship from the Institute of Puerto Rican Culture, he studied mural and mosaic technique and fresco painting at the Instituto Nacional de Bellas Artes in Mexico City. He also studied under Enrico Pandolfini in Pietrasanta, Italy, in 1961, and in 1962 he exhibited his work in Rome. Rechany took part in the design of the mosaics and architectural reliefs in the cupola of the capitol building in Puerto Rico. He was director of the Visual Arts Section of the Ateneo Puertorriqueño (1961–1965) and a teacher at the Art Students League of San Juan and Sacred Heart University. He often painted the human figure; beginning in the sixties, he began to give it a less representational focus, simplifying his shapes and giving more importance to straight line and color.