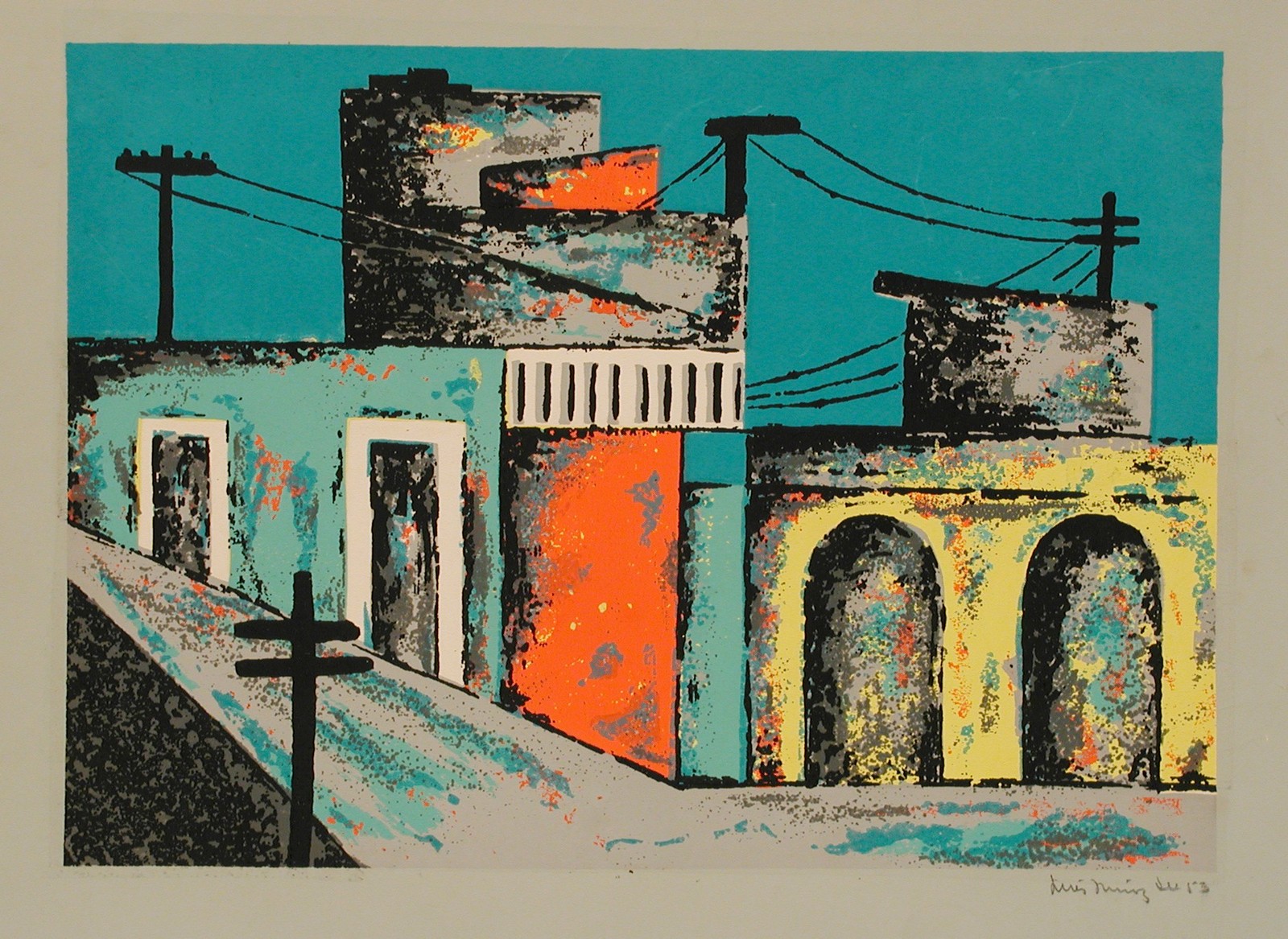 Painter and journalist. Completed his university studies at the University of Puerto Rico, Río Piedras Campus, where he got a Bachelor’s Degree in Humanities. In 1940, with his good friend Ricardo Alegría, he founded and edited the magazine Revista Caribe. Afterwards, he went back to the United States to get his Master’s Degree at Columbia University in New York. In 1948, he co-founded the newspaper El Diario de Puerto Rico. In 1950 he sponsored the creation of the Center of Puerto Rican Art and in 1955, he founded the weekly newspaper The Island Times, of which he was the editor. In 1963, Muñoz Lee went to work as editor at the newspaper The San Juan Star, where he stayed until his retirement. Even tough journalism was his vocation, he was always interested in painting. To this passion he dedicated must of his time. He did just a few solo exhibitions and participated in only some group exhibitions, all in the Island. Self-taught, during his beginnings as an artist, he created paintings of the human figure, especially nudes. Later, he became interested in geometric trends, with precise and clear planes. Pure forms and absolute color are emphasized. We can see in many of his works the city of Old San Juan. Subsequently, Muñoz Lee started to use only geometric volumes in his paintings, emphasising himself in a tour of the abstract world.