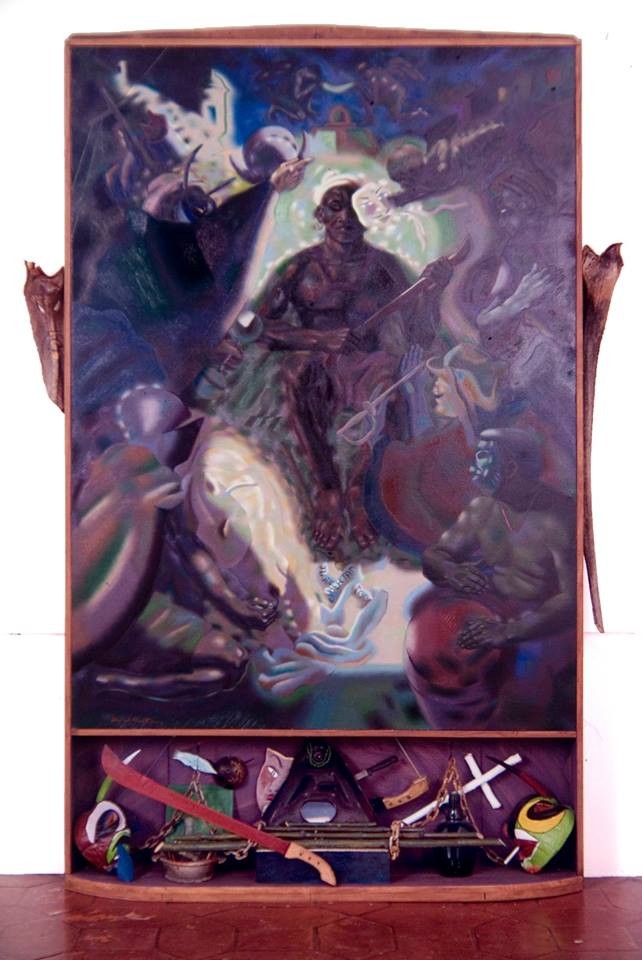 Painter and sculptor. Obtained in 1975 a Bachelor Degree of Art at Universidad de Puerto Rico. In 1980, he earned his MFA from New York University in the United States. In 1989 he was the first artist to be awarded the Fundación Arana Scholarship, which allowed him to study all that year in Paris, France, where he was tutored by Antonio Seguí. Throughout his career, his work has been worthy of several awards and commendations such as, First Prize at the Salon International Val D'or at Hyères in the South of France (1990), the Delegation Prize at the Salón Internacional de Plástica Latina at Meillant, France (2000) and in 2010, a recognition at the World Festival of Black Culture and Arts in Dakar, Senegal, Africa. In 2002, he is selected for a Public Art Project to develop a series of five sculptures in the town of Loiza, Puerto Rico, in homage to Santiago apostle. Currently he is Artist in Residence and Professor at Universidad de Puerto Rico’s Colegio Universitario de Humacao in Humacao, Puerto Rico. Lind Ramos has participated both solo and group exhibits in countries such as France, Dominican Republic, United States and Puerto Rico. His work is diverse and sometimes incorporates external elements such as light. He is interested in exploring the concept of weaving, literally and metaphorically, and creates sculptures with different materials (metal, stone, concrete, wood) that make visual reference to that concept.