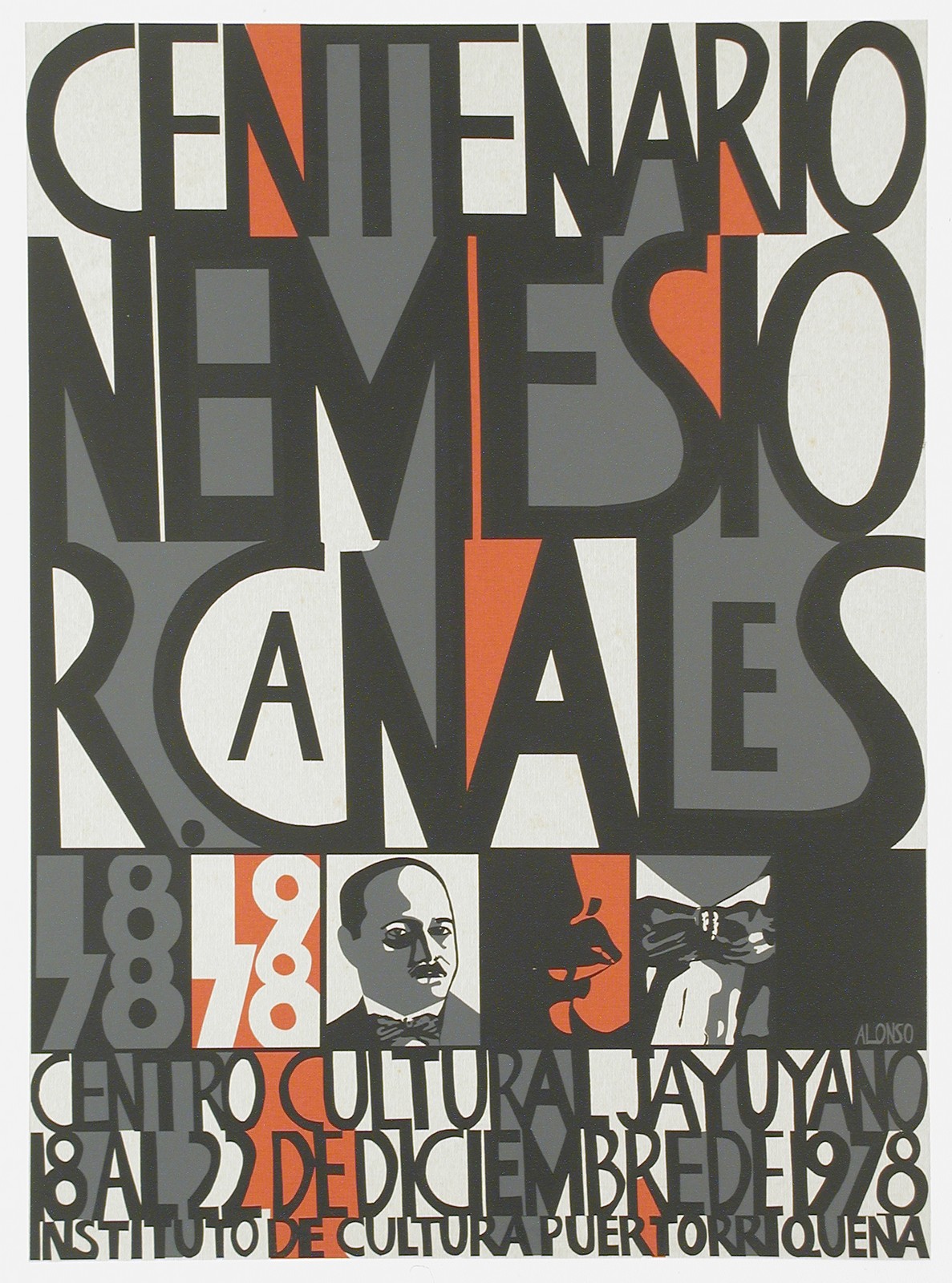 Printmaker, graphic designer, and painter. Alonso studied at Escuela de Artes Plásticas de Puerto Rico from 1969 to 1973. In 1971, he entered the Graphics Workshop of Instituto de Cultura Puertorriqueña (ICP), then under the direction of Lorenzo Homar. During his career as a graphic artist, he has been a member of numerous studio collectives, such as Grupo Guajana, Taller Achiote, and Taller Bija. He has designed posters for the ICP, the Cultural Activities program of the University of Puerto Rico at Río Piedras, and other cultural institutions and organizations. He has taken part in important events inside and outside Puerto Rico, such as the Havana Biennials of 1984 and 1986, the 1986 New York Biennial of Latin American Prints, and several editions of the San Juan Biennial of Latin American and Caribbean Prints. His interest in literature may be seen in his work, as may his political ideas favoring independence for Puerto Rico. Formally, his prints are distinguished by elements such as repetition, saturated color, and the texture of the grease pencil.