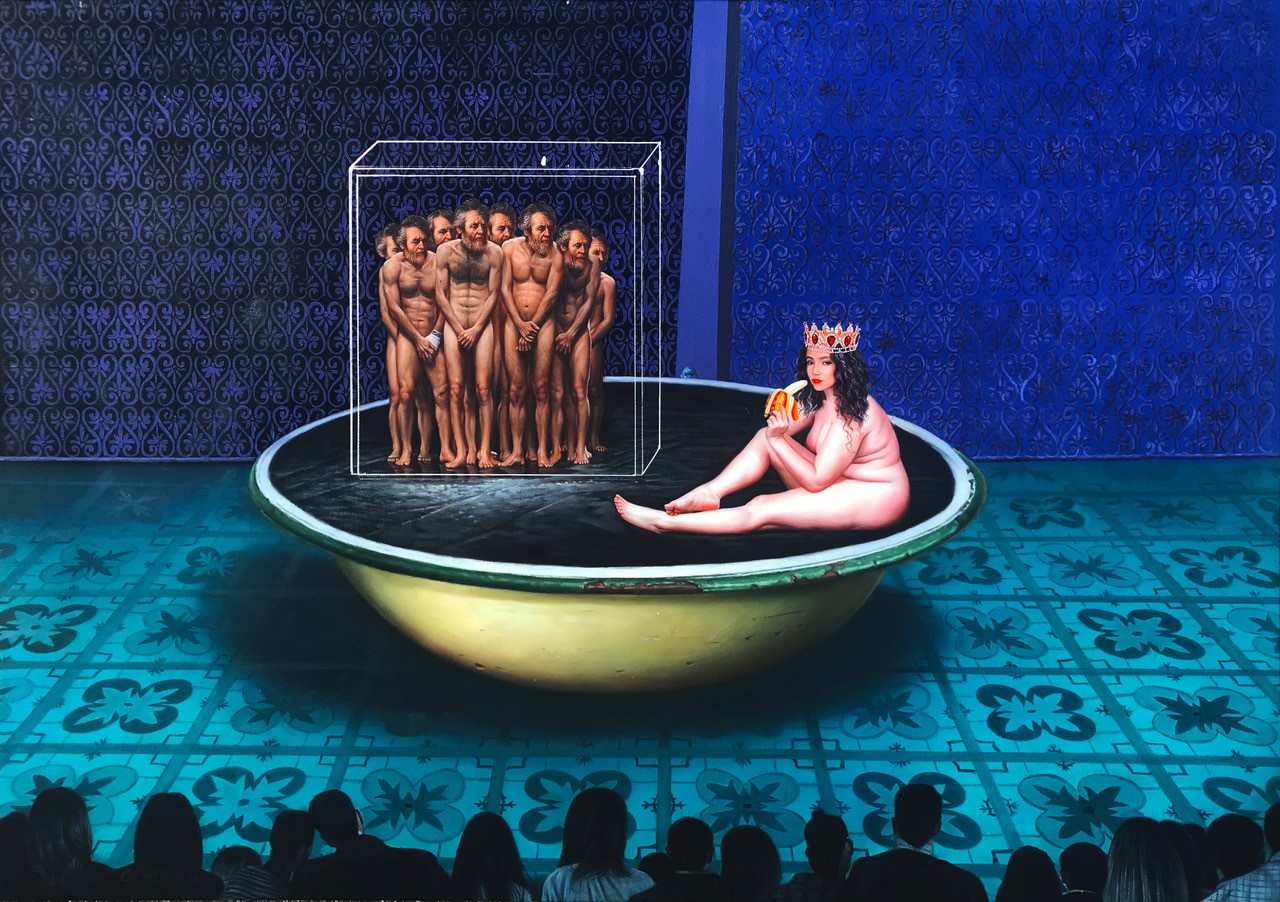 Painter, printmaker, sculptor. Carmona studied at the Instituto Superior de las Artes in Havana. Since 1991 he has lived and worked in Puerto Rico. He has taken part in several local and international group exhibits, art fairs, and solo shows, such as Art Miami, which he has attended since 2000. Carmona’s surrealistic work has been purchased by important private and public collections in the United States, Latin America, and Europe. He affirms the relationship between art and politics, and thus is representative of the young generation of Cuban artists who emigrate seeking freedom on both a personal and artistic level. In his pictorial and graphic work and, more recently, in his sculptures and constructions, he combines characters from other times, almost fantastic, with current situations, in order to address issues such as displacement, exile, geography, and abuse. His work has been described as Caribbean Surrealism and neo-Baroque.