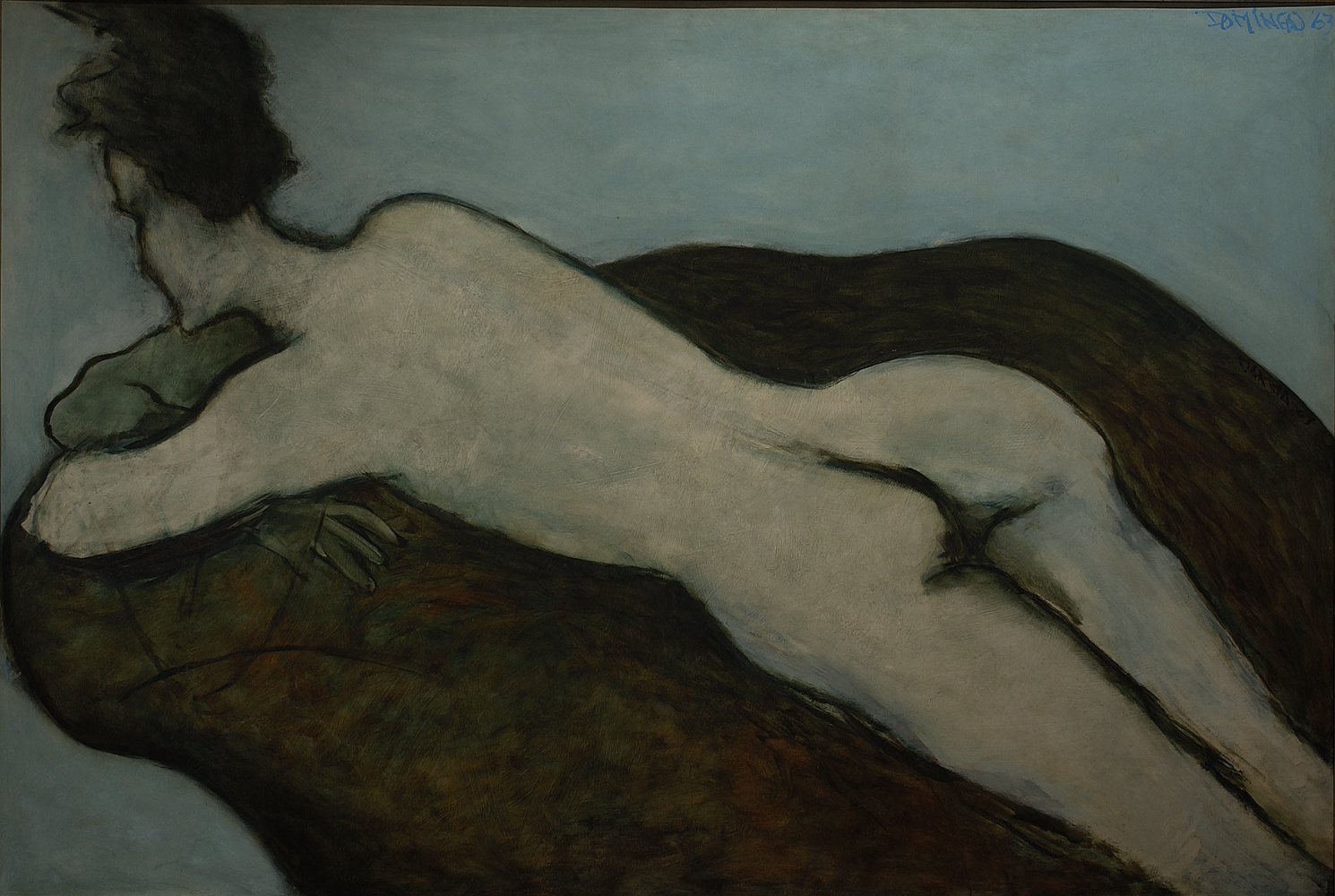 Painter, printmaker, and educator. He began his career at the National Academy of Fine Arts in New York (1949) and at the Art Institute of Chicago (1950). In 1952 he studied painting with William Locke in London. On his return to Puerto Rico in 1959 he founded and for nine years directed the Campeche Workshop and Gallery, an important center of study and promotion of avant-garde currents in art. In 1988 he also founded Arte Latino-Americano, a gallery which closed in 1994, and between 1990 and 1997 taught at the Puerto Rico School of Plastic Arts. His work reflects the influence of several schools and tendencies, such as Expressionism, Abstraction, and Pop Art, and reveals a particular interest in the harmony and use of color. His portraits and self-portraits, which are his most frequent genres, possess great expressive strength and psychological depth.