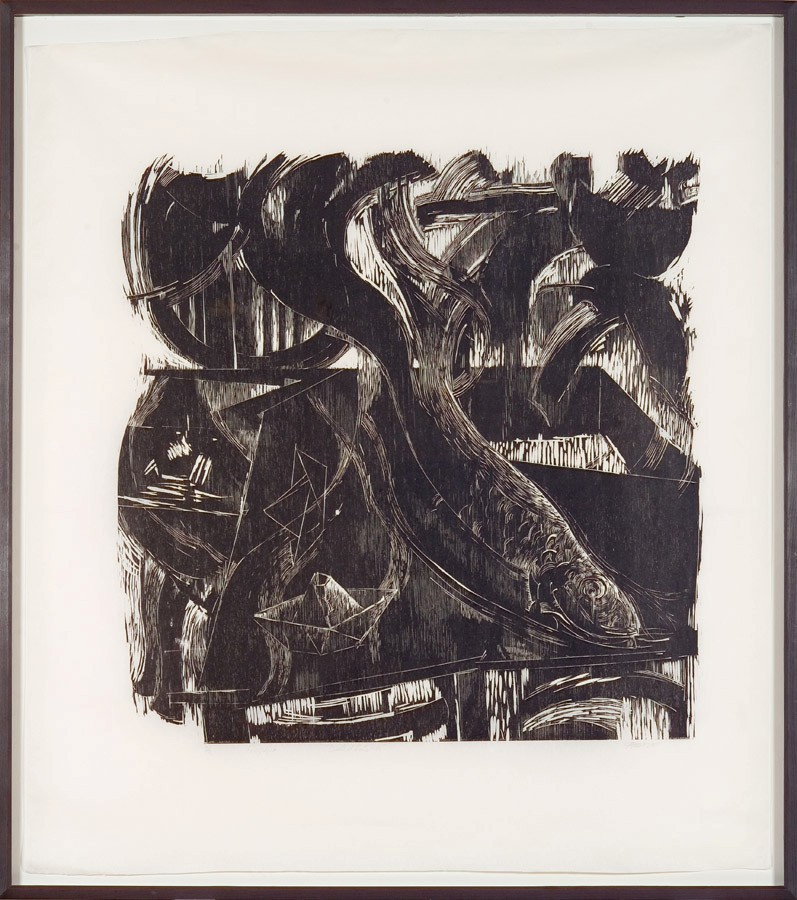 Painter, printmaker, digital artist, graphic designer, and teacher. Rivera Rosa studied with the artists of the “Fifties Generation,” among them Domingo García at the Campeche Studio and Gallery and Lorenzo Homar at the Graphic Arts Workshop of the Institute of Puerto Rican Culture. In 1970, Rivera Rosa, René Pietri, and Nelson Sambolín founded Taller Bija, which produced an impressive output of political and protest posters. He completed his BFA at the University of Puerto Rico and his MFA at the Pratt Institute in Brooklyn, and in 1990 he began to teach at the University of Puerto Rico and the Puerto Rico School of Plastic Arts. Since 1995 he has been artist-in-residence at the Cooperativa de Seguros Múltiples de Puerto Rico. After working mainly on a series of large-scale Abstract Expressionist paintings, he has been revisiting his earlier narrative and figurative styles, in a series of paintings on a smaller scale. His Expressionist work reflects great energy and power, in a manifestation of a deep sense of freedom and lyricism—although the more recent figurative work is less gestural and more minimalist. His more narrative work, addressing concerns of a social and political nature, is reflective, and depicts imaginary, mythological characters.