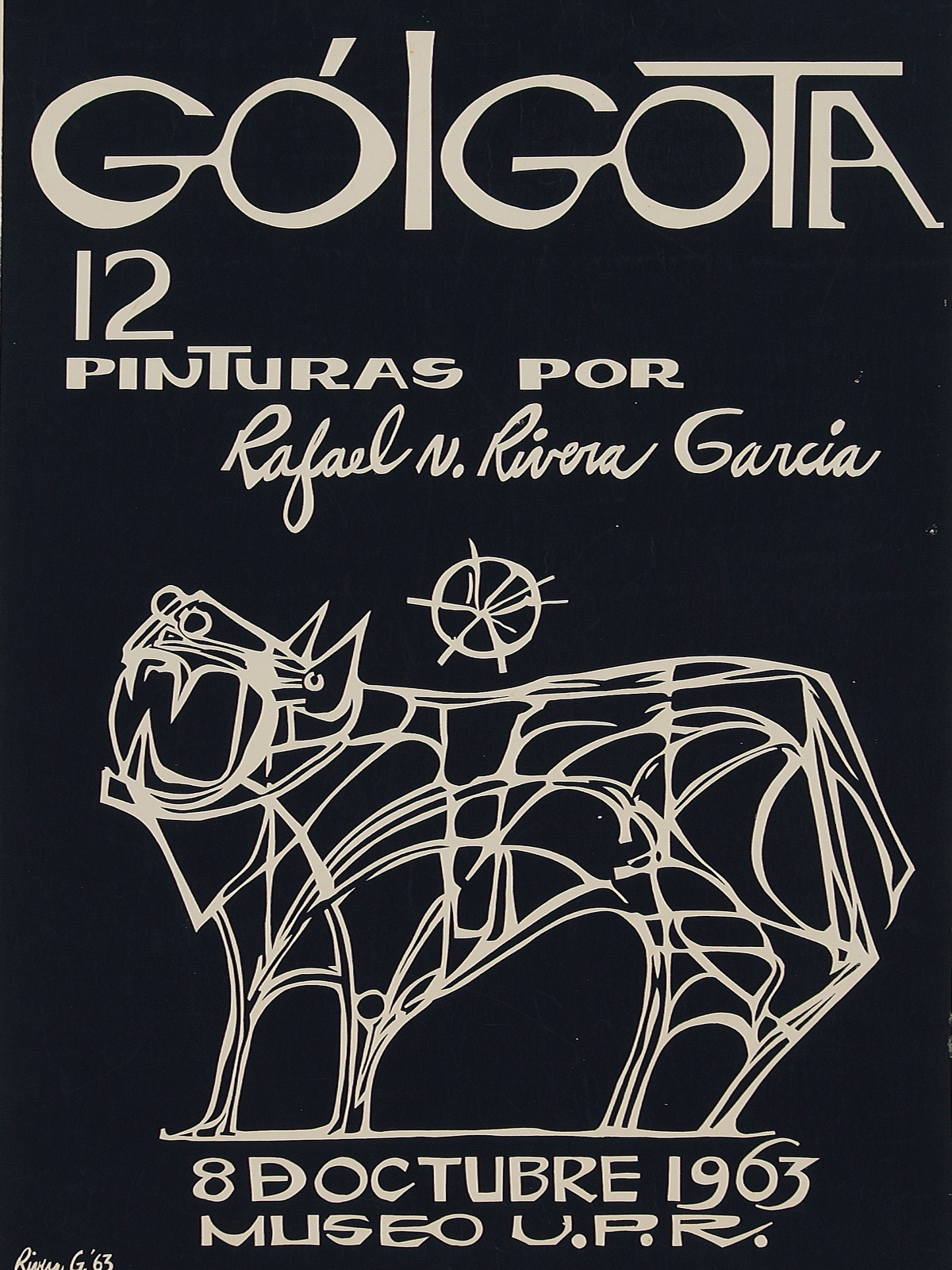 Painter. Rivera García received his primary and secondary education at the High School of Music & Art in New York City. Afterwards he moved to Puerto Rico and studied at Instituto Politécnico de San Germán where he obtained his BA in 1952. A year later he obtained a MFA from Columbia University in New York. Back to Puerto Rico, he organizes sixteen art workshops in collaboration with the Department of Education and in 1954 works as Art Supervisor in the Arecibo School District. In 1956 he worked for The Puerto Rico Industrial Development Company where he served as Co-Director of Special Industries and where he managed to obtain a scolarship to study Engineering Design (1956) and General Design (1957) at The Institute of Contemporary Art in Boston, Massachusetts. In 1958, the University of Puerto Rico awarded him a scholarship to specialize in Industrial Design at Pratt Institute in Brooklyn, New York. After his return to Puerto Rico, he served as Assistant Director of the Exhibition Hall at the Museum of the University of Puerto Rico and at the same time held a professorship in the Department of Fine Arts at the University. Subsequently he was appointed Director of the Industrial Design Laboratory at the Department of Fine Arts and Adjunct Professor in the same department at the University of Puerto Rico. In 1965 he studied at the University of Florida in Miami, and in the 90’s was Visiting Professor at Hunter College in New York, United States. In the sixties he was part, alongside other renowned artists from Puerto Rico, of the collective Borinquen 12 and in the seventies was founder of an art gallery located in Rio Piedras, Puerto Rico. Rivera Garcia is known for the mural program he iniciated in the seventies and through which there were more than 570 murals created in Puerto Rico and the United States, all monumental pieces. His work from those years was figurative, based on images from Pre-Columbian cultures of Puerto Rico. His favorite subjects were the stories and legends related to the history of Puerto Rico.