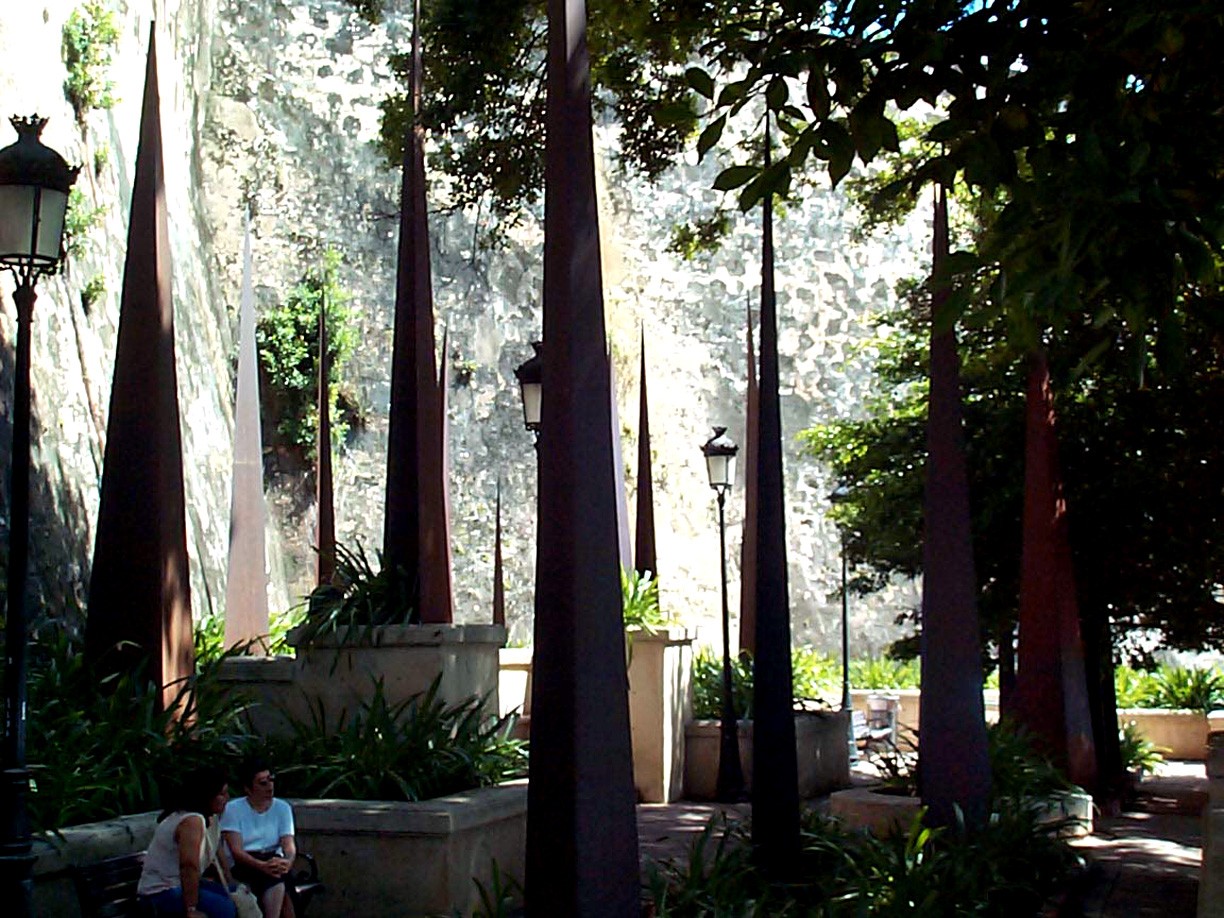 Sculptor. Blondet began her studies at the University of Puerto Rico, from which she graduated with a BFA in 1967. She went to Italy to attend NYU’s program in Venice in 1977, and completed her master’s degree in art at NYU in 1981. She has taken part in sculpture seminars in Washington, D.C., and at the UPR was a student of sculptor Pablo Rubio. In 1997, she did a residency at the Rutgers Center for Innovative Print and Paper in New Jersey, and she has taught at the University of Puerto Rico, the Sacred Heart University in Santurce, and the Puerto Rico School of Plastic Arts. She has been a member of the Puerto Rico Association of Women Artists, and served as its secretary. She has shown her work in several solo and group exhibitions, including the Sao Paulo Biennial in 1994. Her work has become more public during the last few years, and it can be seen in various locales around the island. Working in metal, Blondet says that she is drawn to the idea of “turning hard, inexpressive, raw metal into forms that suggest growth and life.”