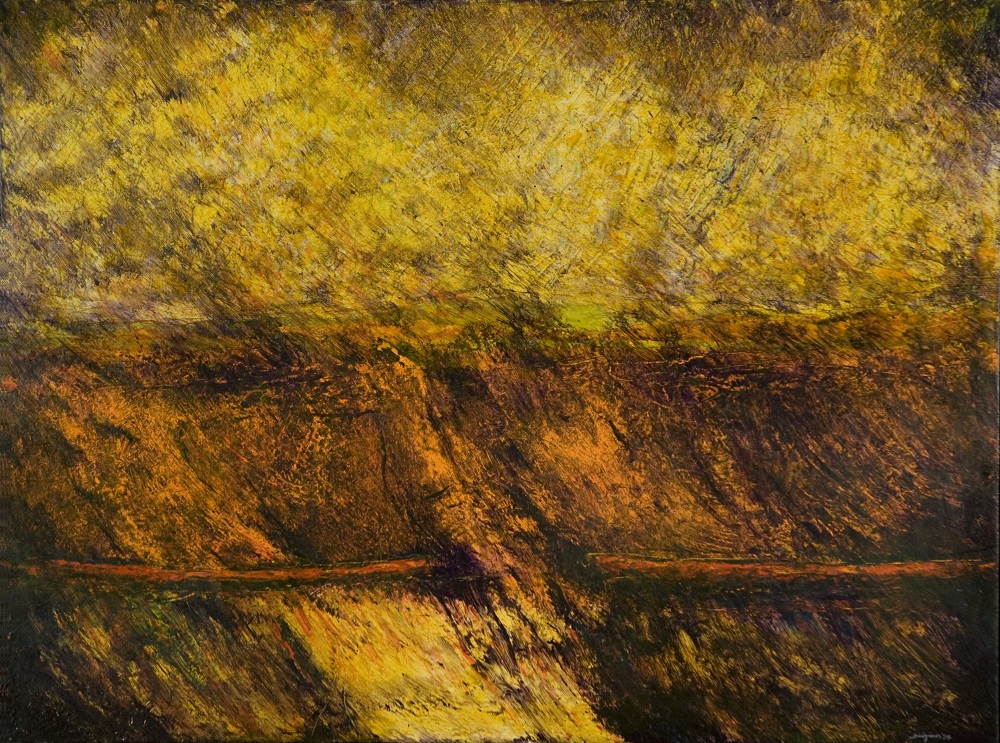 Painter, printmaker, and teacher. Ballester studied under Adrián Nelson, Basilia Goglas, René Taylor, and Margarita Balmaceda at the Miguel Pou School of Visual Arts in Ponce. He also studied at the Catholic University in Ponce, where he founded the art gallery Aballarde. In 1981 he studied printmaking in New York at the Printmaking Workshop, founded by Robert Blackburn, and in 1983 he was awarded a fellowship to pursue master’s-degree studies at the University of Wisconsin. Since 1987, Ballester has lived in New York, where he has taught painting and printmaking at the Cooper Union and at the Parsons School of Design. In 1999 he was awarded a grant by the Alfonso Arana Foundation to study in Paris, and he has been a member of several international art juries, serving as chair of the jury for the Twelfth San Juan Biennial of Latin American and Caribbean Prints. His work combines organic elements and forms that might be considered part of a symbolic language created by the artist. It draws on references to history, mythology, spiritual and spiritualist rituals, individual and collective memory, oral history, and Caribbean identity.