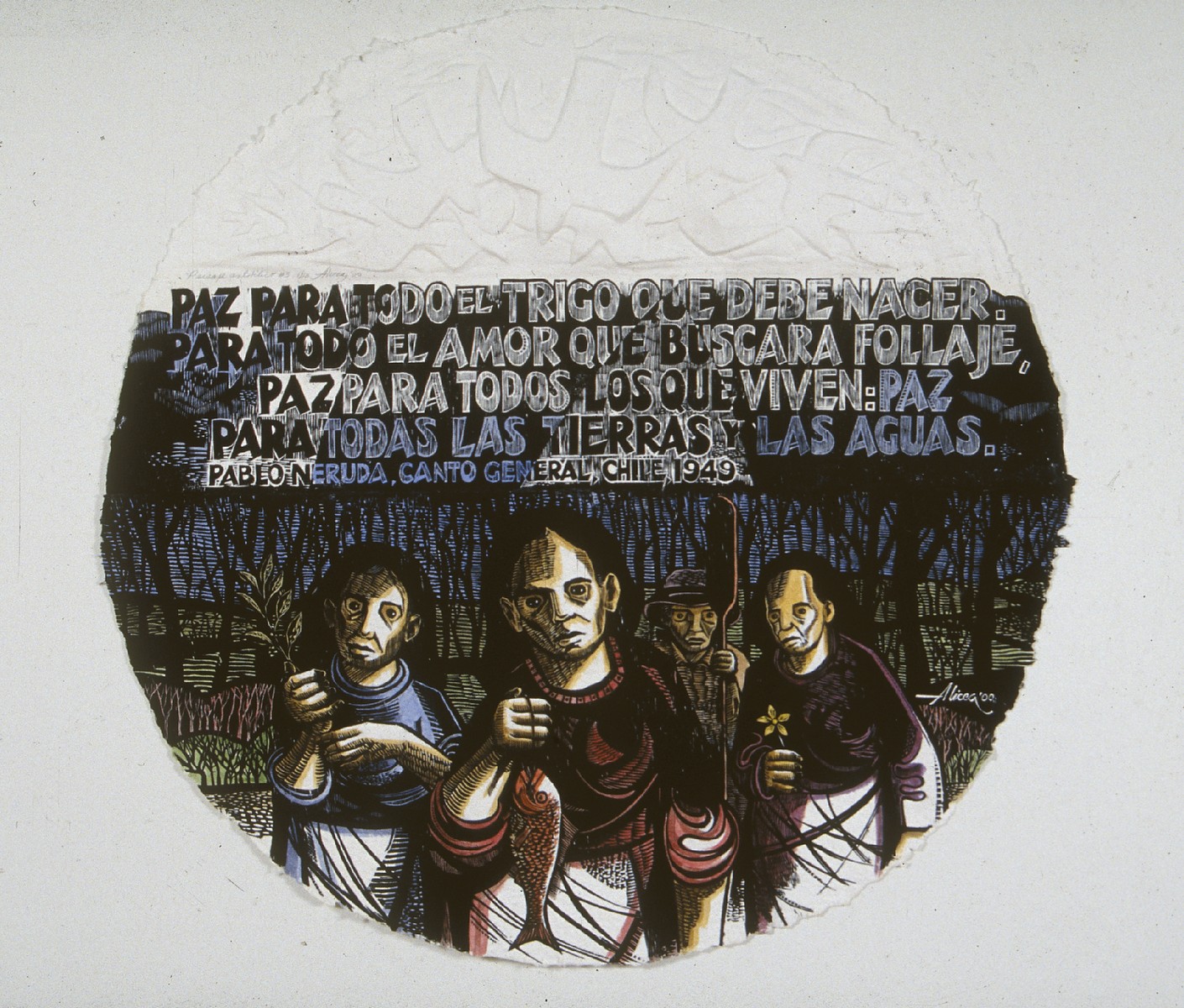 Printmaker, painter, and teacher. Beginning in 1943, Alicea studied drawing under Miguel Pou. In 1957, he entered the Graphics Workshop of the Institute of Puerto Rican Culture, then under the direction of Lorenzo Homar, as an assistant to Homar, and he worked there until 1965. Since that date, he has taught in the Puerto Rico School of Plastic Arts. His prints, which consist of woodcuts, linocuts, silkscreens, and drypoints, have won prizes since the sixties, and his work has been shown in both solo and group exhibits in Puerto Rico, the United States, Spain, and the Caribbean. He was the first Puerto Rican artist to have a solo show exclusively of prints at the Ateneo Puertorriqueño (1963). The First Latin American Print Biennial (Cayman Gallery, NYC, 1980) and the Fourth San Juan Biennial of Latin American and Caribbean Prints were dedicated to him. His prints often include literary texts or other written words, and they deal with social and historical subjects presented within a figurative tradition.